Why I started a running streak

Rest days make me feel like total garbage. So I stopped taking them 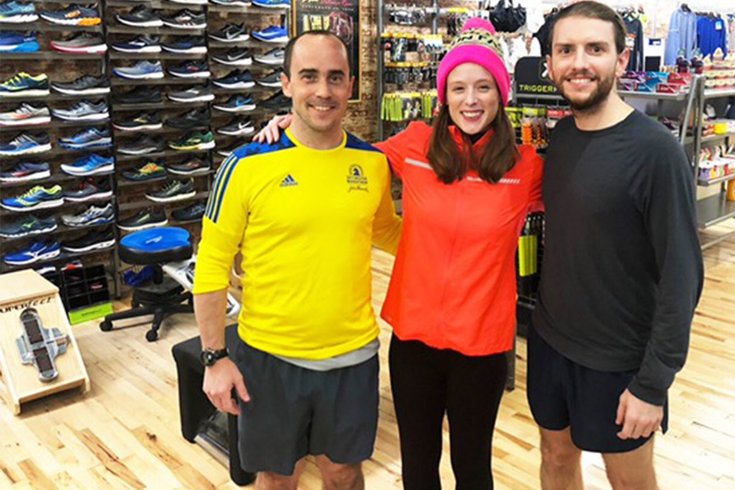 The seasons change and running streaks continue. From left, Scott Partenheimer, Elizabeth Licorish and Chris Barrett pose for a photo from a recent cold weather group run at The Haddonfield Running Company.

I’ve had a relationship with running for the past 10 years, during which running and I have had our ups and downs and even briefly fallen out of touch.

But movement and sweat are essentials in my life. I used to take “rest days” from running and working out at the gym, because that’s the status quo. Conventional wisdom says we must rest from sport every few days or weeks or we’ll get hurt, sick or burned out.

About five years ago, though, I started paying attention to how rest days actually made me feel: like total garbage. They made me feel stiff and stir-crazy. So I stopped taking them. Since January 1, 2014, I’ve either run at least three miles or cross-trained on cardio equipment at the gym every single day.

I exercise when I’m sick, when I’m tired, and when I’m dealing with major life issues. But, I’ve noticed, the more I exercise, the less sick, tired, and life-stressed I seem to be. I call this commitment my “exercise streak” and it’s been a lifeline through chaos and uncertainty, because what is certain is I can keep putting one foot in front of the other, even when I don’t want to.

This summer, my friend Chris Barrett and I decided to embark on a running streak. We were bored of the gym after the cold and desolate winter. Even trekking through this summer’s endless rain felt better than spinning our wheels inside. Our initial goal was to see if we could reach 100 consecutive days of running outside in the elements.

According to official run streak rules set by Streak Runners International, a running streak means running at least one mile every calendar day, either outside or on a treadmill. Anyone can add their own additional streaking stipulations. For instance, Chris and I decided we could run at least 3 miles a day. Now, more than 150 days into our streak (begun in late June), we’ve stuck to logging every mile outside. But when push comes to shoveling snow this winter, we aren’t averse to the treadmill. 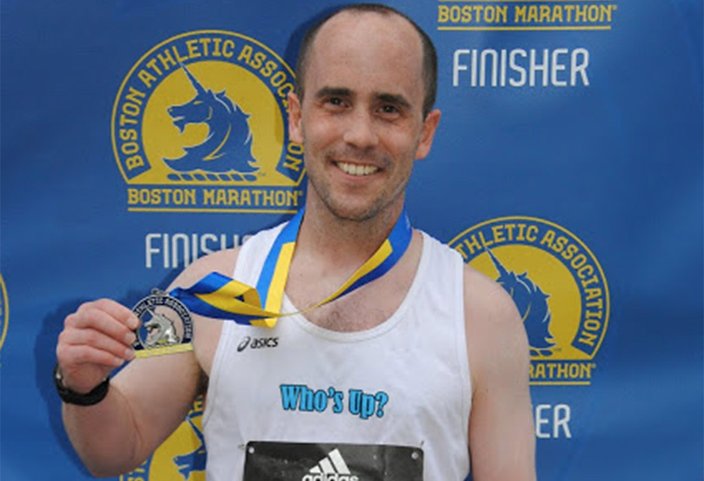 Scott Partenheimer is on a run streak. November 26 marked five years of running a minimum of one mile a day outside. He runs with fellow members of the Haddonfield Running Company in Haddonfield, Camden County.

My friend Scott Partenheimer, on the other hand, who has been run-streaking for five years as of November 26 – he’s number 481 out of almost 1,200 active run-streakers on the Official U.S.A. Active Running Streak List – runs a minimum of one mile a day, which he always completes outside.

I met Scott seven years ago, when we finished first male and first female at a local 5K race. Scott’s been running since his track and cross-country days in high school. He got “serious” about running in his 20s, but didn’t start running every day until his 30s.

Now, at 37, he’s conquered the 50K ultra-marathon race distance, all while running at least one mile each day. Scott, Chris and I run with a group of dedicated runners who meet Wednesday evenings at the Haddonfield Running Company in Haddonfield, Camden County. It’s easier to keep streaking with this kind of camaraderie. Even those runners who don’t run every day show up week after week to Wednesday’s group run with positive energy and enthusiasm, whether it’s scorching or freezing, white hot or dismally dark. They run with headlamps and reflective vests in winter and barely anything more than you’d wear to the beach in the summer.

Elizabeth Licorish, running in the elements.

Eventually, as Scott says, running becomes a habit, like brushing your teeth. It’s an essential wellness ritual that’s consistent, if sometimes made unpredictable by a heatwave, deluge or snowstorm. At most, it takes him 20 minutes to head outside for a leisurely mile and shower when he returns home. Before he started streaking, it was easy for him to skip a day, which might turn into several days or weeks at a time. I’ve fallen into that habit myself. Running every day has taught me that most, if not all, of my excuses are just that. If I’m sore from a race, like I was after the 100-degree 5K I raced in late August this year, I run softer, slower miles until I’m back up to speed.

Most runners swear by their favorite form of cross-training to keep their bodies strong and well-balanced. I practice Baptiste-style yoga every day at home, and in a hot studio at least a few times each week. Yoga develops my core strength, which is essential for all athletes, and gently but effectively stretches all of those muscles that can get tight and cranky from running. It helps me calm my mind in a race or during an uncomfortably fast training run. Chris is a Crossfit guy. All of the intense weight and plyometric training strengthens his legs to better handle the impact of daily running and ramps up his racing speed. Usually, when Chris and I meet up for our evening runs, we’ve each just finished another workout.

I don’t believe there is anything exceptional about my physical body that allows me to keep running. My endurance, like anyone’s, is all in my mind. Scott, Chris and I are all in our 30s, and yet somehow we feel more resilient than we did as teenagers. Longevity is one of the most beautiful aspects of running as a sport and, in some respects, as an art.

Many have embarked on decades-long running streaks they’ve kept up into their 60s and 70s with no signs of stopping. There is a calmness and a discipline that comes with maturity. There is increased appreciation for squeezing a mile out of each day, and joy in moving forward, especially when it seems the world is falling back.

So far, I haven’t found a good reason to stop my running streak. And I have plenty of inspiration to keep going.