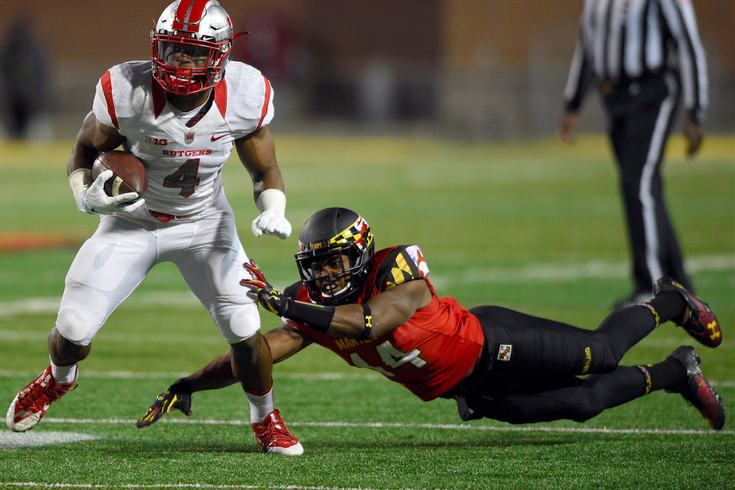 Rutgers announced it has suspended star wide receiver Leonte Caroo in connection to an unspecified postgame incident after the Scarlet Knights' 37-34 loss Washington State on Saturday.

Rutgers coach Kyle Flood said that the incident occurred at the team's stadium in Piscataway, New Jersey, but declined to go into detail about what happened, according to the New York Post.

Flood, who added the incident is under investigation, is the subject of a university ethics probe into an e-mail he sent to a professor concerning the academic status of cornerback Nadir Barnwell, potentially in violation of NCAA rules.

The suspension of Caroo marks the latest blow to the football program after five players were arrested for their involvement in a series of home invasions and an April assault under investigation by the Middlesex County Prosecutor's Office.

The five players in question were dismissed by the team last week prior to the Scarlet Knights' 63-13 rout of Norfolk State to open the season.