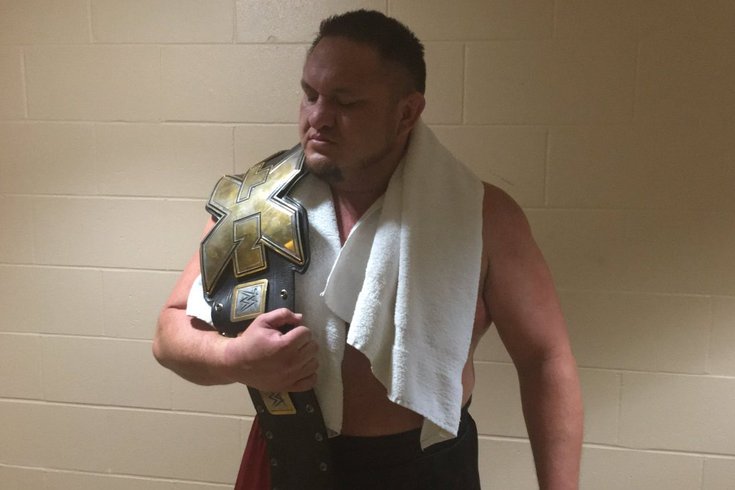 Samoa Joe won his first title since joining WWE in 2015 on Thursday night.

While SmackDown was being aired, NXT’s house show in Lowell, Mass. featured one of the biggest moments in NXT history. Samoa Joe defeated Finn Bálor to win the NXT Championship. Here’s video of the title win that WWE posted on its YouTube channel.

Joe and Bálor fought in an NXT Championship match two days before WrestleMania, where Bálor retained his championship. On Thursday night, however, Joe overcame what he couldn’t just three short weeks ago.

Stay tuned for Bálor’s possible call-up to the main roster, especially with his former Bullet Club members, Luke Gallows and Karl Anderson, already making a name for themselves by attacking Roman Reigns and helping AJ Styles.