Update: Bridge toll hikes on the road to Cape May delayed 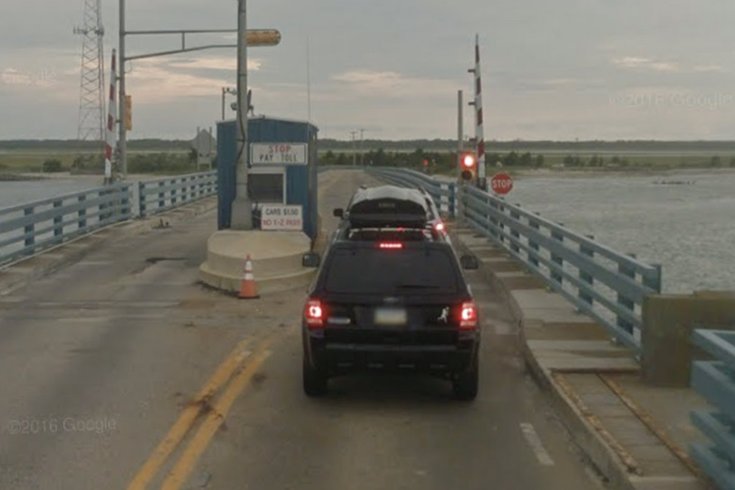 Traffic approaches the toll booth in the northbound lanes on the Corsons Inlet Bridge in Strathmere.

UPDATE, March 29, 2017: A planned toll hike on the bridges connecting the barrier islands of Cape May County is on hold due to a delay in installing E-Z Pass. The April 27 public hearing on a possible toll increase is canceled and will likely be rescheduled for late Fall.

You'll save time, but have to dig deeper on the way to Cape May this coming season, the Cape May County Bridge Commission has decided.

Tolls on Ocean Drive bridges will increase by $1 to $2.50 from the Monday before Memorial Day to the Tuesday after Columbus Day. The increase would be 50 cents – to $2 – during the off-season, giving locals a break from fall to spring.

The increased revenues will allow the commission to add more E-ZPass booths on the bridges it controls along the barrier islands of New Jersey's southernmost county. Booths will be installed on all Ocean Drive bridges, beginning with the Ocean City-Longport Bridge.

Other booths will be placed at the Middle Thorofare Bridge, Grassy Sound Bridge, Townsends Inlet Bridge and Corsons Inlet Bridge.

A final vote and hearing is set for April 27.