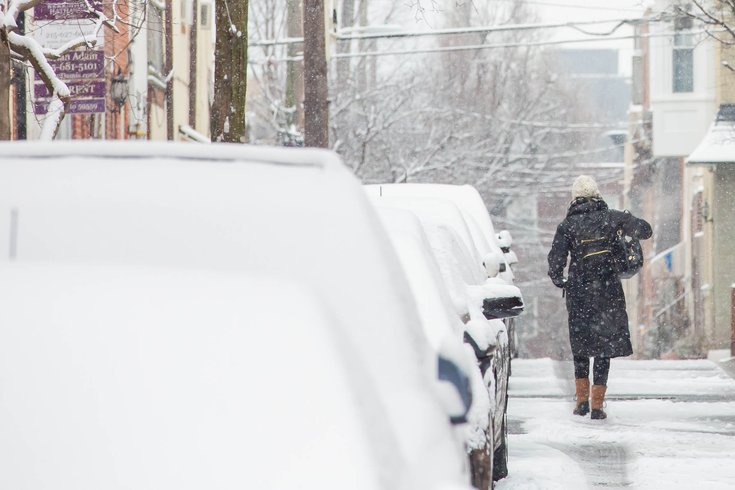 The School District of Philadelphia announced Tuesday afternoon that all city public schools will be closed on Wednesday, Feb. 20, because of precipitation expected from Winter storm warning posted for parts of Philly suburbsWednesday's winter storm.

Due to the forecasted inclement weather, all School District of Philadelphia schools will be closed Wednesday, Feb. 20, 2019. The District will announce the decision regarding the status of administrative offices by 5 a.m. on Wednesday. pic.twitter.com/EeBaI5x3wp

The Archdiocese of Philadelphia also announced Tuesday afternoon that all archdiocesan high schools and parochial elementary schools in Philadelphia will be closed on Wednesday because of the storm.

***ARCHDIOCESAN HIGH SCHOOLS AND PAROCHIAL ELEMENTARY SCHOOLS
IN THE CITY OF PHILADELPHIA TO BE CLOSED ON WEDNESDAY, FEBRUARY 20, 2019*** https://t.co/gFmZ3vi0fw

As of 2:15 p.m. Tuesday afternoon, Accuweather expects 3 to 6 inches of snow and sleet to fall in Philadelphia on Wednesday.

“This decision has been made due to current projections of snowy weather that will make it difficult to travel,” the School District of Philadelphia said in an email Tuesday.

After school activities and early childhood centers will also be closed, according to the school district’s email.