Winter weather advisory declared for rest of the region 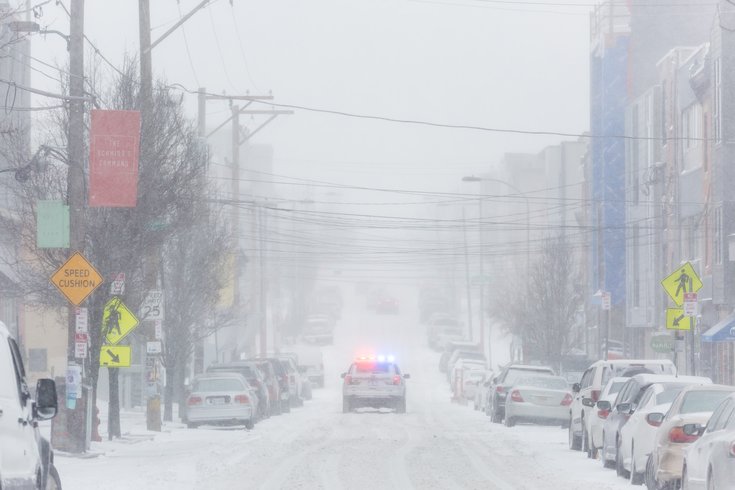 The western suburbs of Philadelphia are under a winter storm warning ahead of Wednesday's snowfall.

Snow accumulations of 2-4 inches and a light glaze of ice are expected in Chester County and western Montgomery County, according to National Weather Service forecasters. The warning will be in effect from 10 a.m. Wednesday to 1 a.m. Thursday.

A winter weather advisory has been declared in Philadelphia, Delaware County, eastern Montgomery County and Lower Bucks County, from 7 a.m. to 9 p.m. Wednesday, forecasters said. Snow accumulations of 2-4 inches and a light glaze of ice are expected across that area as well.

Forecasters say they have relatively high confidence the precipitation will begin as snow. With the arrival of a warm front, the precipitation type becomes less certain, but the snow should begin a transition to sleet. Though there is a threat of freezing rain if there is more warming.

There is considerable uncertainty still with snow and ice accumulations that are dependent on the timing of changeovers.

Tuesday night: Increasing clouds, with a low around 26. Northwest wind around 5 mph becoming calm in the evening.

MORE ON STORM: Where to find snow day specials in Philly

Wednesday: Snow, mainly after 10 a.m. High near 35. East wind 5 to 8 mph. Chance of precipitation is 90 percent. New snow accumulation of 2 to 4 inches possible.

Thursday: Rain, mainly before 7 a.m. High near 55. West wind 5 to 11 mph. Chance of precipitation is 80 percent. New precipitation amounts of less than a tenth of an inch possible.

Thursday night: Mostly cloudy, with a low around 33. Northwest wind 6 to 10 mph.

Friday night: Mostly cloudy, with a low around 32.

Saturday: A chance of rain. Mostly cloudy, with a high near 46. Chance of precipitation is 50 percent.

Saturday night: Rain likely. Cloudy, with a low around 38. Chance of precipitation is 70 percent.

Sunday: Rain likely. Mostly cloudy, with a high near 56. Chance of precipitation is 70 percent.

Sunday night: Mostly cloudy, with a low around 38.

Monday: Mostly sunny, with a high near 50.

Monday night: Mostly clear, with a low around 31.

Tuesday: Mostly sunny, with a high near 46.