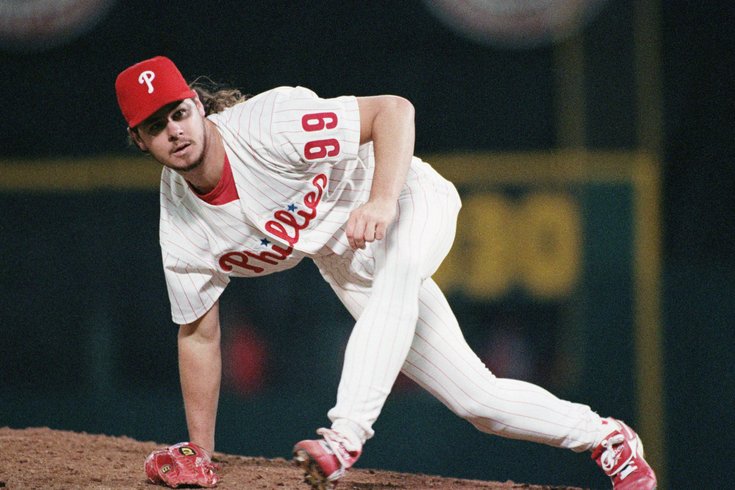 Say what you will about Gawker Media (and though I’ve written for it in the past, I take issue with some of the things it has done), but if you’re not concerned about precedents set by its new parent company scrubbing the online record clean of six stories this weekend, it's time to start caring more about the future of America’s press freedoms.

Yeah, yeah, I know: As far as the corrosive discourse permeating America as part of this uplifting presidential race is concerned, the media’s the enemy. But this weekend’s issue isn’t about electoral us-versus-them narratives.

It goes much deeper, and it involves a certain former Phillies reliever best known for giving up a World Series-ending home run in 1993.

The company said each was the subject of pending litigation, and it wanted a “clean slate” moving forward.

In a memo to Gawker media staffers, though, executive editor John Cook noted, “disappearing true posts about public figures simply because they have been targeted by a lawyer who conspired with a vindictive billionaire to destroy this company is an affront to the very editorial ethos that has made us successful enough to be worth acquiring.”

In other interviews, though, Williams said those 2014 stories led to him being blackballed by Major League Baseball.

Hence, the lawsuit, which was filed in September 2014 and is apparently still pending after a dismissal and this online mea culpa of sorts:

I regret what happened at this weekend’s tournament & apologize. I love baseball & coaching.

What this means is that despite Williams taking a big L in the court of law, Univision decided to scrub the internet (as best it could) of the stories that led to the suit in the first place.

Maybe this is easier to say from the comfort of not having millions of my dollars at risk should an appeal find a more successful path.

By removing those posts, Univision invited anybody with disposable cash to file suit against someone who writes something with which they disagree, and when they do, even the threat of an unfriendly verdict will prompt censorship. 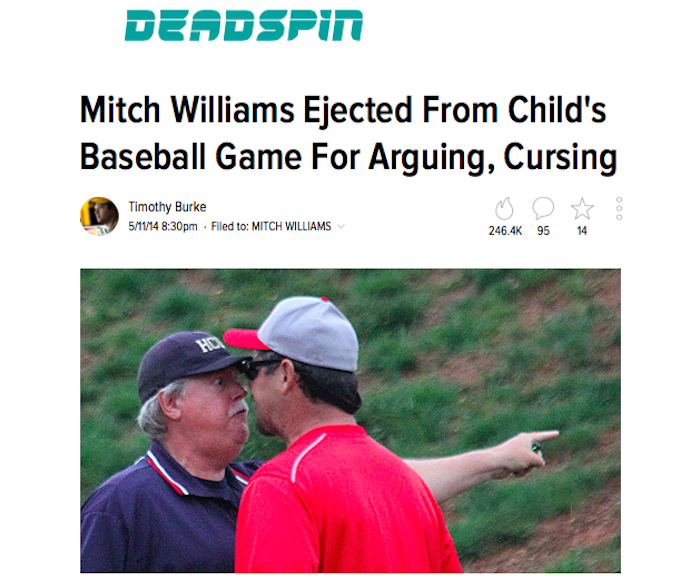 A screen grab of a since deleted Deadspin.com post about former Phillies pitcher Mitch Williams. The story was removed from the site because of concerns about pending litigation.

That precedent is unhealthy for a country that depends upon the power of the public (and the press) to hold powerful people accountable for their actions, and could impact reporters' willingness to tackle important but sensitive stories in the future.

It erodes the very tenets of press freedom when ownership seems so eager to run away from its responsibility to take controversial stances.

It sends a message that if you have money, you can control what stories the people hear.

Maybe Mitch Williams is a horrible sports coach. Maybe he isn’t. And maybe those questions lingering in the air did, in fact, impact his ability to find work.

But those are questions for a court to decide, and if it decides that he’s right, that’s the time to make the stories disappear from online.

Scrubbing them before that happens, though, is a dangerous signal that the public record is up for sale, and that all you need to do is file a lawsuit for the chance to rewrite history.