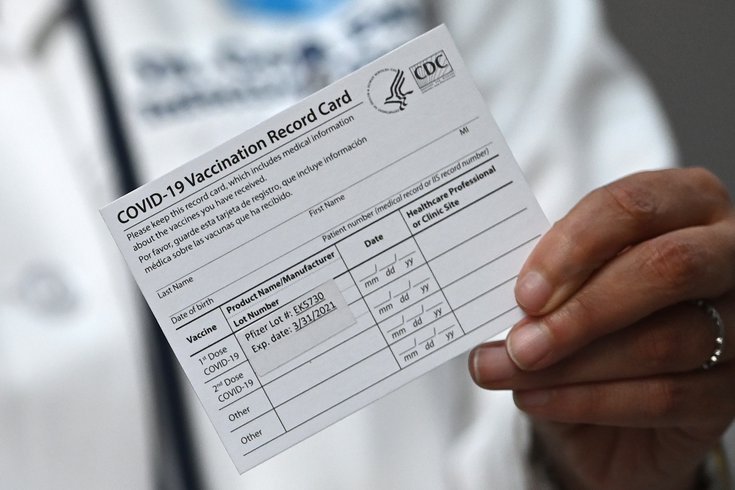 The Centers for Disease Control and Prevention says the second COVID-19 shot can be effective up to six weeks after getting the first shot.

Winter weather, low supply and a recent Pennsylvania Department of Health distribution blunder could delay your second shot of the COVID-19 vaccine.

However, health officials say you have more time than you think for the second dose to be effective.

So for those that have to wait on their second shot, there's still plenty of time to get it.

The Pennsylvania Department of Health mistakenly gave COVID-19 vaccines allocated for second shots as first ones earlier this week. This means 60,000 people will have to reschedule their second-dose appointments and another 50,000 may have to delay their first shot.

On top of that, winter weather across the country has delayed shipments of the vaccine and closed inoculation sites.

In Philadelphia and New Jersey, Moderna and Pfizer vaccine shipments were delayed, and health officials predict appointments will have to be rescheduled into next week.

“A majority of folks might see delays because of the weather,” Lindsey Mauldin, Department of Health senior adviser, said Thursday.

UPS and FedEx told CNN they were working to deliver the vaccines as soon as possible. FedEx said "prolonged severe weather is continuing to impact much of the FedEx network."

So far,  more than 1.4 million Pennsylvanians have received their first shot, and 510,000 have been fully vaccinated, according to the Department of Health. In Philadelphia, more than 164,000 residents got their first dose, and just 82,000 had their second.

There is limited data on the effectiveness of getting the booster shot after six weeks.

"You need to make sure you give the second doses as the studies recommend the vaccine works, which is in three weeks," Pfizer CEO Albert Bourla said during an event hosted by Bloomberg Media. "In our study we actually had from 19 to 42 (days). Within this framework, I'm fine. Beyond that, it's serious."

In the U.K. providers extended the window between first and second shot to 12 weeks for the AstraZeneca vaccine, though there is not enough evidence that a three-month window would be effective for the Pfizer and Moderna vaccines.