Thousands will have to reschedule and delay appointments after second doses were used as first doses, officials say 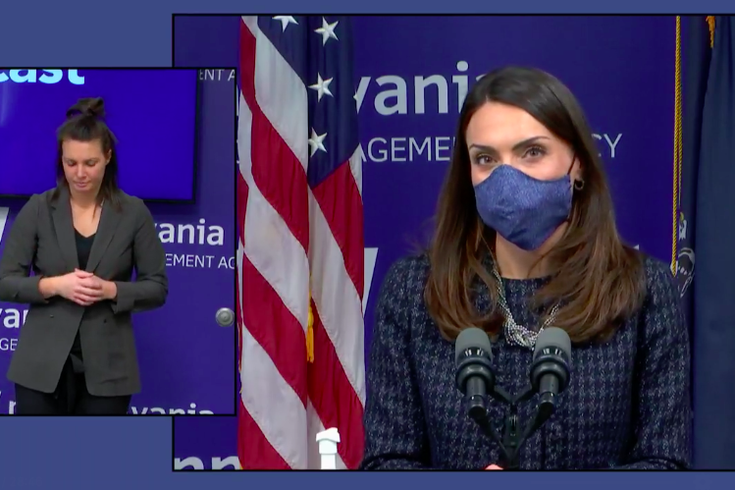 Pennsylvania Acting Health Secretary Alison Beam detailed a distribution error in the state's supply of the Moderna COVID-19 vaccine that began in January. The issue will affect thousands of Pennsylvania residents in the coming weeks.

The Pennsylvania Department of Health revealed Wednesday that it mistakenly administered thousands of doses of the Moderna COVID-19 vaccine that were supposed to be held as second doses, a blunder that will force providers across the state to reschedule and delay appointments for first and second doses.

"We discovered some providers inadvertently used the Moderna vaccine shipped to them, intended as second doses, as first doses," acting Health Secretary Alison Beam said during a briefing.

The delay in administering second doses for some residents will still fall within the Center of Disease Control and Prevention's guidelines for the Moderna vaccine. Its two doses can safely be spaced at a minimum of 28 days and a maximum of 42 days. There is no difference between the first and second dose.

Beam called the problem "a structural issue" that began in January and compounded week over week until it became too significant to meet demand for second doses, compared to the state's available allocation.

The health department estimated it will be a two-to-three week process to account for the discrepancy. Beam claimed the department can work closely with providers, suppliers and vaccine recipients to minimize any disruption to first doses.

"It seems that a perfect storm of circumstances — an eagerness to get vaccine to residents, incredible pent up desire by the public to get this vaccine, dedicated vaccine providers trying to deliver what their customers are demanding, inconsistent vaccine allocations, confusion about Operation Warp Speed vaccine deliveries, and the need for more frequent and clear communication from the Department of Health — all converged to bring us to the point which we are in today," Beam said.

Beam said the discovery was made recently when the state saw the weekly request for second Moderna vaccine doses suddenly equaled the entire supply Pennsylvania had been allocated that week for both first and second doses.

To make up for the gap in supply, the health department has identified inventory across the state. Beam said she is confident ongoing supply from the federal government will be sufficient to ensure that all second doses are provided on time.

Most rescheduled appointments will be moved back one week or two "at most," Beam added, noting that second doses will be given by the same provider that administered the first dose.

"This situation is a stark reminder that right now, there is not enough vaccine for everyone who is eligible to get it," Beam said.

As of Tuesday, Pennsylvania has administered vaccine doses to about 1.7 million people. The state has been allocated a total 2,766,400 doses of both vaccines through February 20. About 436,000 Pennsylvanians have received both of their vaccine doses.

This week, Pennsylvania will receive 183,575 first doses along with 143,275 second doses, an increase of about 8,000 total doses over the previous week.

Beam declined to comment on whether the problem with the Moderna vaccine originated within the health department or among vaccine providers. Beam took over for former Health Secretary Dr. Rachel Levine in January after President Joe Biden nominated her to become assistant secretary for health in the U.S. Department of Health and Human Services.

"We are not here to have blame placed anywhere," Beam said. "In fact, we want to make sure instead (that) all of us are focusing on the path forward and the fix directionally moving Pennsylvania forward as well."

"The controls we have put in place not only are with reference to clearer communication, but also allowing us to all sync on the same calendar, making sure we’re all ordering aligned with Operation Warp Speed’s policies, the state’s policies and then each of the provider policies," Beam said. "What we're doing now is really right-tracking us."