By Brandon Baker
PhillyVoice Contributor
The Arts University of the Arts 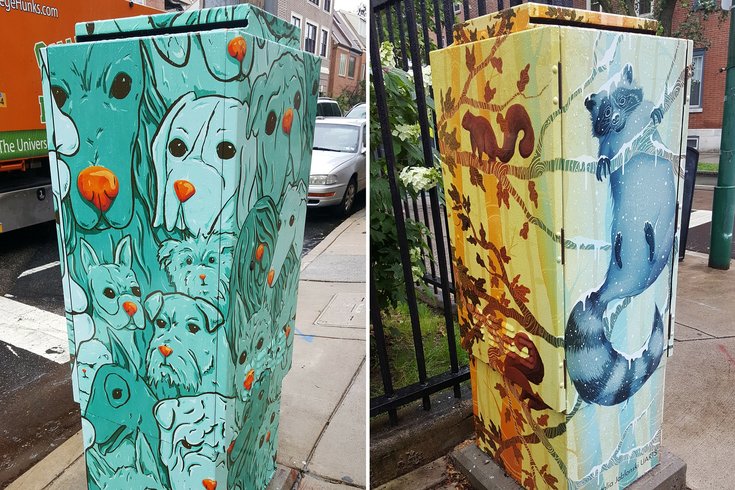 The 18 new boxes represent the final phase of the project, which has been ongoing since 2014. Thirty-one boxes will populate the neighborhood once the final box is wrapped.

From north to south, the box designs run from Locust Street to South Street, spanning Eighth Street to Broad Street from east to west. Many of the illustrations were designed digitally before enveloping the boxes using the same vinyl material used to decorate buses, food trucks and the Big Belly trash cans that line Center City. 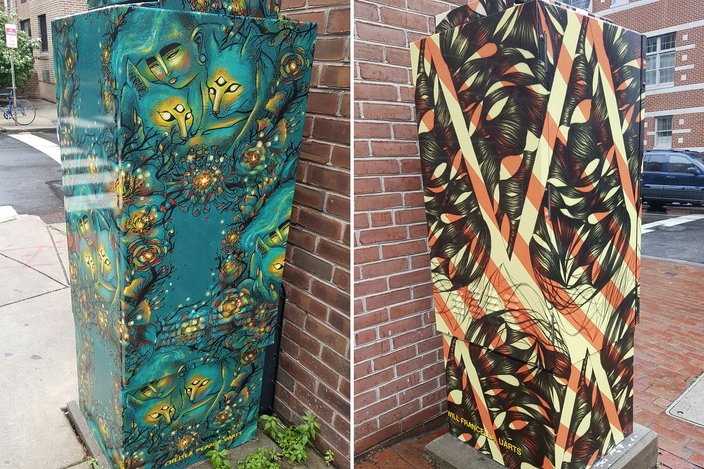 'Alien Cats,' by Chelsea Perron at Ninth and Locust streets; untitled illustration, by William Fancella at Seventh and Pine streets.

Students were free to design how they saw fit, project coordinator and University of the Arts Assistant to the Dean Jessica Kahle told PhillyVoice, though their work was placed based on how it blended in with the streetscape.

"A lot of them just really work with the area, even though we didn’t specifically design them for each spot," Kahle said. "One by the cedar park, that student's design, when she submitted she wanted it to be by the park, and it is playful and child-focused. It has the four seasons with raccoons and a beehive — and we even wrapped that all the way around so if you’re in the park you can still see the box wrap.” 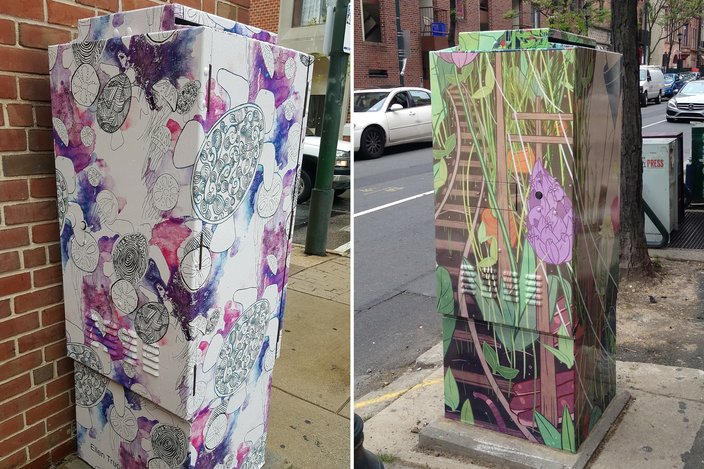 A blue beta fish, as another example, was placed next to a postal box at Ninth and Spruce streets. Another, "Commuter Garden," is situated next to a PATCO entryway and portrays a commuter train passing by electrical poles.

Others were simply standalone concepts, like "Dogs! Dogs! Dogs!" 2016 graduate Jaclyn Kloog hand-drew a large painting of dogs she knows from her own experiences and sculpted their noses with play dough — ultimately scanned and made 2-D for the purpose of the project, of course. 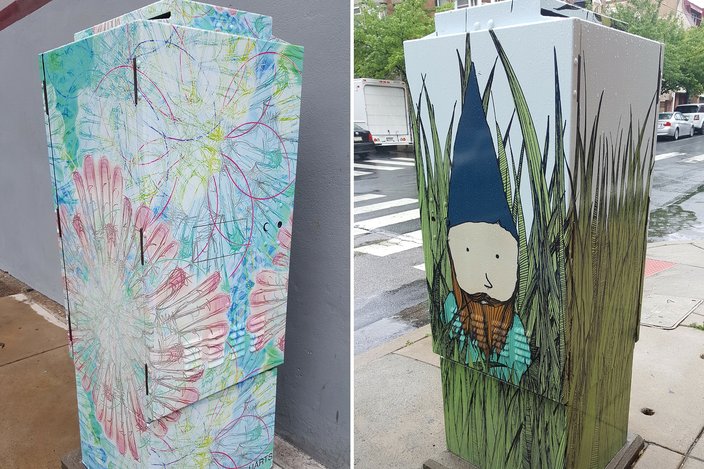 “I love seeing them around town and I feel so happy for the students because I know, for them, it’s an amazing experience to see their work out in the public world," Kahle said. "It’s just very different than turning in an assignment because now people see it.

Spitzborg told PhillyVoice the boxes have been well-received by neighbors since they were first introduced in 2014 — a "win-win-win" for all three parties involved, he said. Wrapping the boxes cost about $450 each.

The vinyl wrappings will be on display for as long as the material holds up — about five years. Kahle added that the university is happy to experiment with the project in other neighborhoods, should a civic association be willing to fundraise.