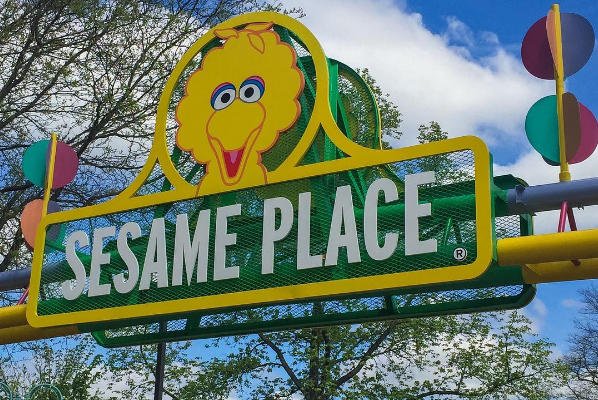 Sesame Place is under fire this week after a woman shared a video of the theme park's Rosita performer refusing to interact with two Black girls during a parade. The family believes the incident was racially motivated and has hired an attorney to investigate.

The mother and aunt of two Black girls who were denied high-fives by a mascot at Sesame Place on Saturday have hired an attorney to investigate the incident. The family is seeking a more formal apology from the theme park and wants the employee who wears the Rosita costume to be fired.

Attorney B'Ivory LaMarr and Jodi Brown, the mother who shared the viral video on Instagram, held a press conference in New York City on Wednesday afternoon outside Sesame Workshop. The Sesame Place theme park in Middle Township, Bucks County, where the incident happened, is owned by SeaWorld Parks and Entertainment, but is licensed and affiliated with the wider network of "Sesame Street" attractions.

The incident happened Saturday afternoon as Brown and the 6-year-old girls were getting ready to leave the theme park. They stopped along a parade route to watch the costumed characters and performers. When the girls saw Rosita approaching, they walked up to the character for high-fives, but the mascot waved them away.

Brown claimed the Rosita mascot then hugged a white girl, who had been standing next to the family. That interaction was not shown in the video Brown shared, but LaMarr said Wednesday he has since obtained video of that hug, as well as other examples of questionable behavior by staff at Sesame Place.

"I have been contacted by probably 10 different families at this point. I'm getting lots of videos. We're continually investigating those claims as well," LaMarr said during an interview with TMZ. "Obviously, the claims of these two girls are at the forefront at this point. But what I think it does is, once the company failed to take responsibility for their actions, all of these other individuals started showing confirming videos of this type of conduct. This is not just a happenstance."

Since Brown shared her video, others have posted clips on social media that they say show a pattern of similar behavior from the Rosita character at Sesame Place. The theme park has operated in suburban Philadelphia for 41 years.

"We have information that we possess — we are going to give this company, they got less than 12 hours to come out with information with a very genuine and authentic apology — or we're going to put out evidence showing exactly what took place in addition to the video you've already seen."

The incident has garnered national attention, prompting outrage and empathy for the pain and confusion apparent in the girls' faces in the video. At first, Sesame Place denied that Rosita willfully ignored the two girls, but as the backlash intensified, the park issued a second statement Monday night and promised it would undertake racial bias training for its employees. The park also said it would bring the girls in for a special meet-and-greet with "Sesame Street" characters.

The Rosita performer, who has not been identified, is "devastated about the misunderstanding," Sesame Place said.

"We sincerely apologize to the family for their experience in our park on Saturday; we know that it's not ok," Sesame Place said. "We are taking actions to do better. We are committed to making this right."

Sesame Workshop also issued a statement Monday, acknowledging the incident and pledging to work toward a resolution.

"We will continue working with our long-term partner Sesame Place to ensure that appropriate actions are taken and that incidents like this don't happen in the future," Sesame Workshop said.

LaMarr has called the incident "intentional mistreatment" and said he intends to hold Sesame Place accountable.

While speaking to TMZ, LaMarr suggested a lawsuit is not out of the question, though he acknowledged the high burden of proof for discrimination in court.

"I think it's very evident that the employee of Sesame Place intentionally caused this conduct. It definitely, unquestionably resulted in harm to these two 6-year-olds," LaMarr said. "The amount of emotional distress that they received and continually endure is troubling ... I think there's potential claims on intentional infliction of emotional distress. I think there's also negligence claims at issue that we'll further investigate as well."

LaMarr said the family also would seek to have Sesame Place cover any therapy the girls may need as a result of the incident.

Brown's decision to go public with the incident is not about getting money from Sesame Place, LaMarr said, noting she had hoped to have the issued addressed while she was at the theme park.

"She went to management immediately at the park. She showed them the same video that millions of people across this country and the world have seen," LaMarr said. "Sesame Place had an opportunity to see that video at that time. They chose to reject it. They chose to dismiss this family."

Brown told TMZ that her daughter is currently staying with her grandmother to be shielded from the publicity. In another interview with CNN, she said the two girls have been tearful and have asked her why they were treated differently from others at the park.

LaMarr added that the issue points to problems with hiring and training, which he claimed Sesame Place has failed to do in a way that lives up to its stated values.

"No one who has any type of disdain for African-Americans should be employed by any theme park whatsoever," LaMarr said.