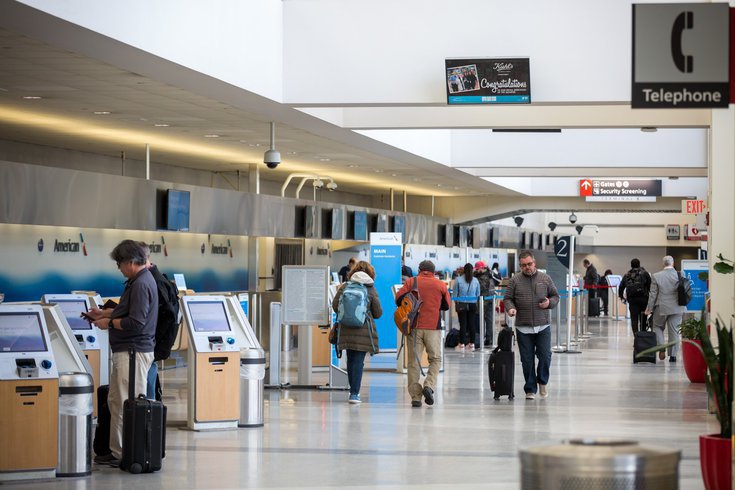 In February, a Lancaster County cold case unit secretly retrieved a coffee cup that 68-year-old David Sinopoli discarded in a trash can at Philadelphia International Airport. DNA evidence from the cup was used to help identify Sinopoli as the man who allegedly killed Lindy Sue Beichler, a 19-year-old woman who was brutually stabbed at her Manor Township home in 1975.

Prosecutors in Lancaster County have revealed a break in the decades-old cold case of Lindy Sue Beichler, a 19-year-old woman who was repeatedly stabbed and left to die at her Manor Township apartment in December 1975.

A critical piece of evidence that helped investigators obtain a DNA match for their suspect was a coffee cup discarded at Philadelphia International Airport in February. Genetic material on the cup enabled authorities to advance their case against 68-year-old David Sinopoli, who was arrested at his home in Lancaster on Sunday morning and is now charged with homicide 46 years after Beichler's death.

“This arrest marks the beginning of the criminal process in Lancaster County’s oldest cold case homicide and we hope that it brings some sense of relief to the victim’s loved ones and to community members who for the last 46 years had no answers," Lancaster County District Attorney Heather Adams said.

On the night of Dec. 5, 1975, Beichler was found dead at her apartment by her aunt and uncle. She had been stabbed 19 times in the neck, chest, abdomen and back. The county coroner ruled the cause of Beichler's death as massive bleeding and quickly determined it was a homicide.

Beichler was a flower clerk and had gotten married in the year prior to her death.

David Sinopoli has been charged with the murder of Lindy Sue Beichler, who was found stabbed to death in her Manor Township apartment in December 1975. Here's a timeline of events in her murder case. https://t.co/EAf383iPFr

Evidence at the scene showed signs of a significant struggle and an apparent sexual motive behind the attack. Beichler had returned home from grocery shopping that evening and hadn't yet unpacked the items she bought. Bags from the grocery store were found on her dining room table, police said.

Blood was found on the outside of the home's front door, on the walls in the entryway and on the carpet inside. When police arrived, Beichler was on her back with a knife still in her neck. The handle of the knife, which matched the cutlery in Beichler's kitchen, had been wrapped in a tea towel.

In the ensuing years, Manor Township Police and Pennsylvania State Police pursued multiple leads in the case and cleared dozens of people.

Advances in DNA analysis and other forensic tools eventually gave the investigation new life, albeit in stages.

The Lancaster County District Attorney's Office submitted evidence from the crime scene for DNA analysis in 1997. Beichler's underwear was found to contain semen, but when the evidence was sent to a nationwide database of DNA profiles in 2000, forensics experts failed to locate a match.

The investigation stalled for nearly 20 years before the D.A.'s cold case unit took another shot at it in 2019. Authorities sought the help of West Virginia-based Parabon NanoLabs, whose Snapshot Advanced DNA analysis service has helped solve more than 200 cold cases in the last four years. The company specializes in DNA phenotyping, kinship testing and investigative genetic genealogy, with recent breakthroughs in whole genome sequencing and bioinformatics.

Parabon first developed a series of suspect composite photos that investigators released to the public, revealing characteristics such as skin tone, hair color and eye color. Using the Italian ancestry from the DNA samples and public records, Parabon identified Sinopoli as a person of interest who had once lived in the same four-unit apartment complex where Beichler was killed.

This is a picture of the suspect 68-yr-old David Sinopoli. After being identified through @Parabon genealogy, @Lancaster_DA detectives identified that at one point, he lived in the same apt complex as the murder victim Lindy Sue Biechler. @CBS21NEWS pic.twitter.com/NN7lryMUKN

To get a fresh DNA sample, investigators followed Sinopoli to Philadelphia International Airport on Feb. 11. They were able to secretly get the coffee cup that Sinopoli threw away and sent it out for testing.

An analysis concluded that the DNA on Sinopoli's coffee cup matched the DNA identified in the semen found on Beichler's underwear. The findings were confirmed with blood spots on the same garment that prosecutors said also matched Sinopoli's DNA profile.

"There has been a never-ending pursuit of justice in this case that has led us to identifying and arresting Sinopoli," Adams said. "Lindy Sue Biechler was on the minds of many throughout the years. Certainly, law enforcement never forgot about Lindy Sue, and this arrest marks the first step to obtaining justice for her and holding her killer responsible.”