'Sex and the City' reboot to begin production this spring 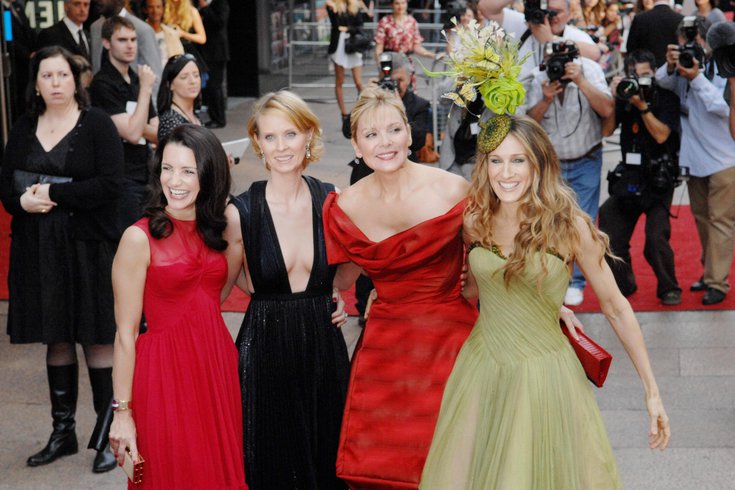 Kristin Davis, Cynthia Nixon and Sarah Jessica Parker will star in the "Sex and the City" reboot. Kim Cattrall will not appear in the new series.

Attention all "Sex and the City" fans — the Manhattan-based gang is returning for the first time in 11 years.

The streaming service HBO Max has ordered a 10-episode sequel series, with production set to start this spring.

"I couldn't help but wonder… where are they now?" Parker captioned the post, adding #SATCNextChapter.

In the video, Parker's character, Carrie Bradshaw, says, "And just like that … the story continues." The post has generated nearly seven million views and more than 125,000 comments.

The series will be called "And Just Like That …" and will follow the women as they navigate love and friendship in their 50s, Variety reported.

"I grew up with these characters, and I can't wait to see how their story has evolved in this new chapter, with honesty, poignancy, humor and the beloved city that has always defined them," Sarah Aubrey, head of original content at HBO Max, said.

Three of the four lead characters are included in the reboot, but Samantha Jones, played by Kim Cattrall, will not make an appearance. The show's creators have not said why Samantha won't be featured or what they'll do with her storyline.

There have been reports of drama between Cattrall and Parker over the last decade, ranging from salary disputes to Cattrall not wanting to participate in any SATC reboots. In various interviews, Cattrall has said she is not close with her former co-stars.

"Are we the best of friends, no. We're professional actresses. We have our own separate lives," Cattrall said, according to The Cut.

The pair's drama has been in tabloid headlines for years. In 2018, Parker addressed the reported feud in an interview with Extra.

"If one more person calls this a catfight, I'm not in a fight," Parker told Extra. "I never fought with Kim. I don't have to send any gifts to Kim, because I've never done anything."

In her Instagram comments yesterday, Parker denied any drama between herself and Cattrall.

"I don't dislike her. I've never said that. Never would," Parker wrote. "Samantha isn't a part of this story. But she will always be a part of us. No matter where we are or what we do."

The show's release date has not yet been announced. The original series was created by Darren Star and is based on Candace Bushnell's 1997 book "Sex and the City." The show premiered in 1998 and ran for six seasons.