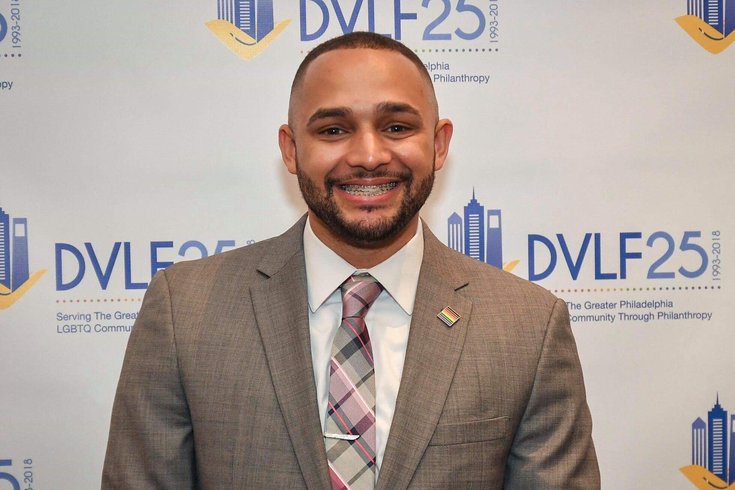 Philadelphia Sheriff's Deputy Dante Austin was found dead in his city office from an apparent suicide on the morning of Friday, June, 7, 2019. Austin was the LGBTQ liaison for the sheriff's office.

Austin, 27, died in the sheriff's office at 100 South Broad St. from an apparent suicide by a self-inflicted gunshot wound, according to Sheriff Jewell Williams. His body was found at 6:45 a.m. Friday.

Austin served as the sheriff's office's LGBTQ liaison and was a prominent figure in the Philadelphia gay community. Last year, he and his partner Robert "Tito" Valdez,  an assistant city solicitor with family court, were the first Grand Marshall Couple for the Philadelphia pride parade.

"This is a tragedy for the Sheriff’s Office, Deputy Austin's family and the local LGBTQ community," Williams said. "Dante was a person who believed in and cared about everybody." 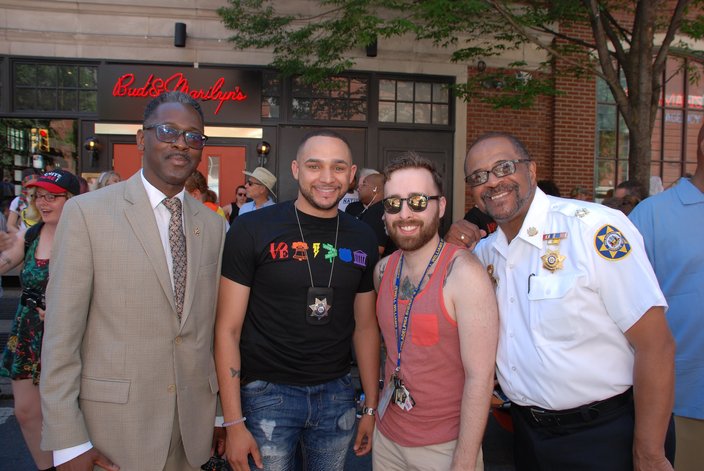 Philadelphia Sheriff's Deputy Dante Austin, shown above wearing a black shirt, was found dead in his city office from an apparent suicide on the morning of Friday, June, 7, 2019. Austin was the LGBTQ liaison for the sheriff's office. This photo was taken during a Pride event in 2018. Among the others in the photo is Philadelphia Sheriff Jewell Williams, on the far right.

Austin had the highest score on the deputy sheriff's exam when the department hired him in November 2013, the sheriff's department said, and he was slated to be promoted to sergeant on July 1. Austin also was the city's first openly gay deputy sheriff, and he became the Philadelphia Sheriff's Office's first LGBTQ community liaison in May 2017.

We are saddened by the sudden loss of Deputy Sheriff Dante Austin. “This is a tragedy for the Sheriff’s Office, Deputy Austin’s family and the local LGBTQ community,” said Sheriff Jewell Williams. pic.twitter.com/BVHmBr3ZGA

He was our first openly gay deputy sheriff and we promoted him to become our first LGBTQ community liaison in May 2017. Dante was scheduled to be promoted to Sergeant on July 1, 2019.”

Deputy Austin, who was 27, was an Army veteran. We have coordinated with the Managing Director’s Office to provide grief counselors for our employees and out of respect for Deputy Austin, the Sheriff’s Office closed at noon today.

In a 2017 interview with Philadelphia Gay News, Austin, who was born and raised in Philly, said he was in the military intelligence corps and later served in the Pennsylvania Army National Guard before joining the Philadelphia Sheriff’s Office.

“While I was in the military,” he said, “I got hired by the sheriff’s office in Philadelphia. I was a student at Penn State Abington, but I left to go to the academy and I’ve been in the Sheriff’s Office ever since. I love it.”

Rep. Brian Sims was one of the first to memorialize Austin on social media, saying he was "one of our best and brightest."

Philadelphia’s LGBTQ community lost one of our best & brightest last night! Dante Austin was one of the strongest & kindest champions for equality I’ve ever met. He lifted up everyone he touched. He supported everyone who needed him. He cared deeply & loved loudly. pic.twitter.com/DKfzbQ86pw

Amber Hikes, executive director of Philadelphia's Office of LGBT Affairs, posted about Austin's death Friday on Facebook: “I am destroyed and heartbroken by the news that ripped through our community this morning. Our beautiful Dante was a powerful force and a loving friend, beloved by our communities and by me personally. We will be feeling the devastation of this loss in every corner of our work, celebration, and love.”

Hikes ordered that the rainbow flag — which had been raised Thursday at City Hall during a Pride event that Austin is believed to have attended — to be lowered to half-staff in his honor.

There was a community gathering memorial Friday afternoon at the William Way LGBT Community Center that was open to the public. 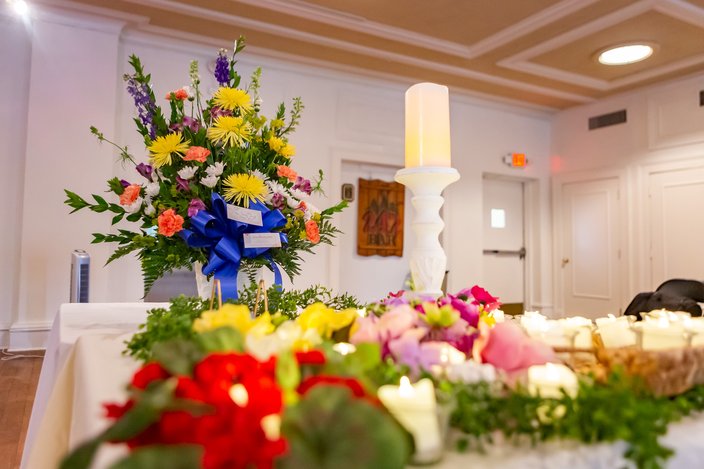 The William Way Center held a memorial service for Philadelphia Sheriff's Deputy Dante Austin, the office's LGBTQ liaison on Friday, June 7, 2019, hours after Austin was found dead in his city office from an apparent suicide.