At age 13, I lost my older brother to homicide.

A few years later, my younger brother made a bad decision that resulted in a murder conviction. My story is not unique. I have been a witness to both sides of the criminal justice equation, and I have experienced tragedy that is far too familiar to families and individuals across our nation.

But this tragedy has not defined me.

I believe in redemption.

Our constitution was founded on such a principle, and I believe that the people of Pennsylvania deserve that same chance at redemption – they deserve our support and they deserve our advocacy.

I know I am not alone in my beliefs. I have attended rallies and protests across this nation in favor of criminal justice reform, and I have witnessed crowds of thousands marching and calling for real, genuine change. High profile cases, such as the recent trial and imprisonment of Meek Mill, have cast light upon the often unseen and unheard plight of so many throughout the commonwealth. Meek Mill, like so many others, was caught in a trap of probation that led to an extremely harsh sentence for a minor violation.

The time is right for change. I believe we have a unique opportunity to shine a light on Pennsylvania’s shocking and costly parole to prison pipeline that traps many of our fellow citizens.

The criminal justice system in Pennsylvania is composed of nearly 60 percent minorities. One in every 46 Pennsylvanians live under court supervision, costing taxpayers and making a successful reentry into society all the more difficult. Everyone deserves the chance to make a fruitful and fulfilling life for themselves post-incarceration, and yet the parole system in Pennsylvania makes this near impossible. Men and woman, our brothers and sisters, who have been convicted for various crimes are put on probation or parole for obscene amounts of time, often after having already served their time in prison.

There are many challenges that come with reentering society while on parole or probation. Obtaining affordable housing and finding steady employment can be near-impossible, and things like paying for and obtaining a state I.D. and navigating the child welfare system can be major hurdles. In addition to these obstacles, multiple studies have shown that the prison pipeline targets children with already-incarcerated parents.

Children with parents who are incarcerated or on parole are five times more likely than their peers to commit crimes and end up in jail themselves. Children with incarcerated parents often have difficult times connecting to others and growing with their peers as they are missing the essential relationship with their parents that is so important to childhood development. It is not just the individuals on probation or parole that suffer – it is whole families, friends, husbands, and wives – this tragedy befalls them as well. 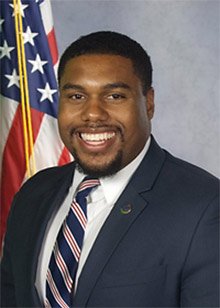 Parole and probation programs in Pennsylvania are not structured to help nurture and support those returning to society. Instead, those under court supervision must fight to regain their freedom. Men and women on parole and probation are re-incarcerated at staggering rates for minor errors in program compliance, like missing required treatment programs that are far from where they live and reporting incorrect information because offenders are sometimes illiterate or do not have the necessary skills to accurately fill out paperwork and completed forms.

So many citizens in Pennsylvania and throughout the United States confront the tragedy of this criminal justice system each day. These individuals, who so often try to stay on the right path by working hard, giving back to their communities, and addressing personal issues by receiving needed therapies and treatments for substance use disorders and other personal struggles, do not deserve to be caught in the system for the majority of their adult lives.

The story of Meek Mill further demonstrates the failure of this system: Meek held an annual turkey giveaway for families in need during Thanksgiving, all from prison – just days before the judge in his case proclaimed him to be a “danger to the community.”

It is clear that there is no real danger to Pennsylvania, other than the destructive probation and parole practices that young men and women who have entered the criminal justice system. By keeping members of our community in the throes of probation and parole, we are actually harming the health of our society.

It is time for real criminal justice reform and that starts with untangling those on probation and parole from the tendrils of an unjust system before and after they’ve served their time.

State Rep. Jason Dawkins has represented the 179th Legislative District in Philadelphia for the past three years.