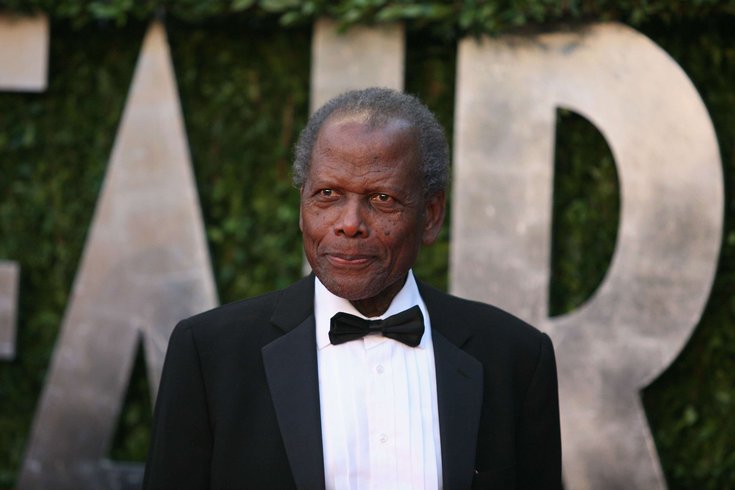 The Philadelphia Film Society is hosting a film series to celebrate the life and legacy of Sidney Poitier, who died on January 6 at 94. Four of his films will be screened throughout February.

Actor and director Sidney Poitier died at the age of 94 on Jan. 6. His decades-long career garnered him respect and praise among fellow actors and audiences, and resulted in him becoming the first Black actor to win the Academy Award for Best Actor in 1963.

Poitier's legacy has been felt within arts and entertainment spaces, as he was an influence on many Black actors and creatives today. In a tribute to the iconic performer the day after his death, New York Times critic Wesley Morris wrote that Poitier was the greatest American movie star.

"I believe with all my heart that Mr. Poitier was as crucial in the odyssey of freedom and equality for Black Americans — for personhood — as Frederick Douglass and Harriet Tubman, as Martin Luther King Jr.," Morris wrote. "A clear descendant of Douglass' rhetorical brilliance, he spoke the words of white people but from his own mouth. His projected image begot what is now a galaxy of other Black actors, doing acting as diverse and as tiered as a shopping mall."

Throughout February, the Philadelphia Film Society is holding a special edition film series to celebrate the life and career of Poitier, featuring four of his most popular films — "A Raisin in the Sun," "In The Heat of The Night," "Guess Who's Coming to Dinner," and "Sneakers."

Both individual show tickets and grouped tickets for the entire series are available now. Individual film tickets are $13, and tickets to the entire "They Call Him Mr. Poitier" series are $30, or $26 for PFS members.

The series begins on Saturday, Feb. 5 at 6 p.m. with "A Raisin in the Sun," a 1961 film adaptation of Lorraine Hansberry's most popular play that tells the story of a family living under racial segregation in Chicago. It is widely known as one of Poitier's most powerful performances.

On Friday, Feb. 11 at 7 p.m., the Philadelphia Film Center will show "In The Heat of The Night," one of several films Poitier starred in in 1967. It tells the story of a Philadelphia police detective — played by Poitier — involved in a small town murder mystery.

To conclude the series, PFS will screen 1992's "Sneakers" on Sunday, Feb. 27 at 3 p.m. Starring Poitier alongside Robert Redford and Dan Aykroyd, the film is one of Poitier's last big screen projects.

The Philadelphia Film Center is one of two PFS venues that requires masks and proof of vaccination before entry, as the theater serves concessions.

"They Call Him Mr. Poitier"