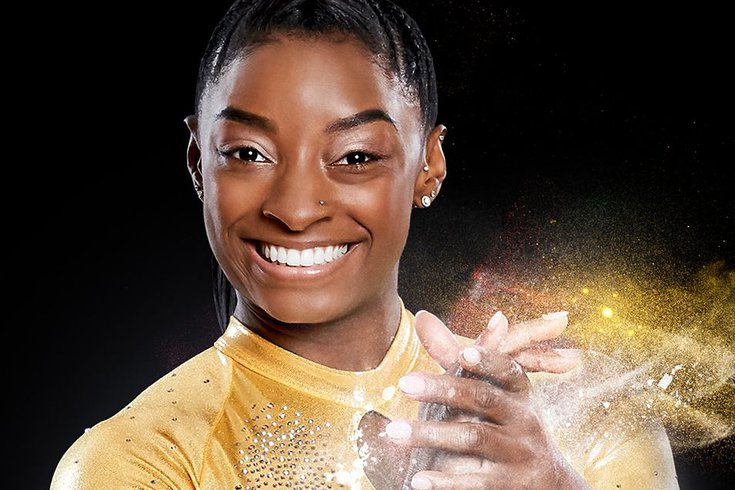 U.S. Olympic stars will perform live at the Wells Fargo Center in Philadelphia this fall during the Gold Over America Tour. The tour, led by Simone Biles, is described as a 'gymnastics-meets-pop-concert spectacular.'

Some of the best gymnasts in the U.S. are heading to Philadelphia this November for the Gold Over America Tour (yes, that's a GOAT reference) following their Olympic stint earlier this year.

Fans will have the chance to see Simone Biles, as well as some of her teammates on Friday, Nov. 5 at the Wells Fargo Center. Jade Carey, Jordan Chiles, Grace McCallum and MyKayla Skinner from Team USA will join Biles on the tour.

A tour invitation was extended to all-around champion Sunisa Lee. Biles said Lee is focusing on her freshman year of Auburn University, according to the Associated Press, although a cameo may be possible.

RELATED: Doggy Yoga to take place at the Bourse for National Yoga Month | Kids get in for free at Museum of the American Revolution this Labor Day | Philly 10K runners must show proof of COVID-19 vaccination or negative test

"The Athleta Presents Gold Over America Tour will match athleticism and entertainment," Biles said in a press release. "The show embodies the themes of empowerment and togetherness which was on display in Tokyo. Together, all the gymnasts on this tour want to inspire the next generation of women and athletes."

Tickets are on sale now. Those who purchase the Gold Squad Premium Upgrade will have the opportunity to dance in the show finale with the gymnasts.

The Gold Over America Tour kicks off on Sept. 21 and ends on Nov. 7. It will makes stops in major cities across the U.S., including Los Angeles, Chicago, Newark, Brooklyn and Boston, in addition to Philadelphia.