Sixers’ first round playoff schedule has been announced 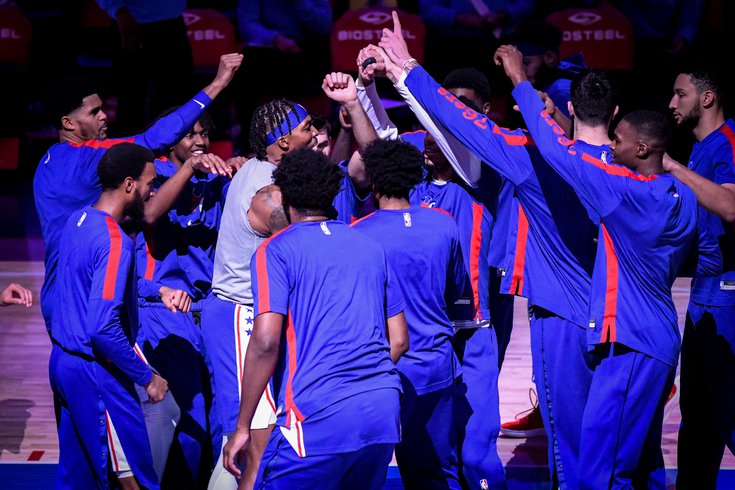 The Philadelphia 76ers huddle before a home game earlier this season.

The Sixers’ first round playoff opponent hasn’t been determined yet, but the NBA has handed down a verdict on the schedule for the the opening round. Here’s the good news: Philadelphia will get plenty of rest between games to kick off the playoffs, a quirk that could help them soar further down the line.

With the Sixers waiting to see if they draw Indiana or Washington, here’s a peak at the schedule as we know it right now (home games in bold):

There’s a lot still up in the air, understandably so as the Sixers wait for the opponent. Two things stand out based on what we know so far: the rest built into this series, and the Sixers earning the unfortunate distinction of their game being bumped to NBATV.

The schedule component is much more meaningful, and it should allow the Sixers to ease into the playoffs a bit after a close to the regular season that did almost nothing to prepare them for the playoffs. Getting multiple days off between each of their first three games should allow Philadelphia to ramp up the minutes of their key players without subjecting them to abnormal risk of injury.

The quest for rest was a big talking point down the stretch, one that Doc Rivers downplayed as beneficial to Philadelphia. The head coach even suggested, for example, that their sports science team believed it would be better for the eventual minutes increases to keep guys in the regular rotation and build up to it, rather than getting days off here and there. Injury recoveries were a different story, but the Sixers kept a lot of their best players active down the stretch even with room to rest them.

Earning the dreaded NBATV slot, on the other hand, is a reflection of the unglamorous series expected to be ahead of them. Outside of a long-running feud between Embiid and Russell Westbrook, there’s not much sizzle to a meeting with either Indiana or Washington. A Sixers-Celtics series likely would have led to prime time billing, but it’s no surprise they got bumped (even if only for a game) to the league’s channel and away from the spotlight.

Maybe that ends up being the best thing for this group. It might only be one game, but a quick and painless series where the Sixers take care of business and move on to the next round could be in stark contrast to the outcome of, say, Bucks-Heat. They’re in a rare position as conference front runners who can still move under the radar, at least partially.

I’ll tell you one thing with certainty — I expect Wells Fargo Center to be rocking on Sunday, with the crowd limit swelling to 50% capacity just in time for the playoff run. Their home arena has been a fortress for this year’s group as it was for last year’s more chaotic bunch, and the lift a Philadelphia crowd can provide has been talked up by the players and coaches all year, even when it was only a small group of diehards who could get in.

Hope to see a lot of you at the game, rocking Sixers flags on your car, or on social media showing off a nice cold beverage to taunt me while I work. However you choose to process the news, just look around and remember to savor this season while it lasts, because years like this don’t come around very often in Philly.