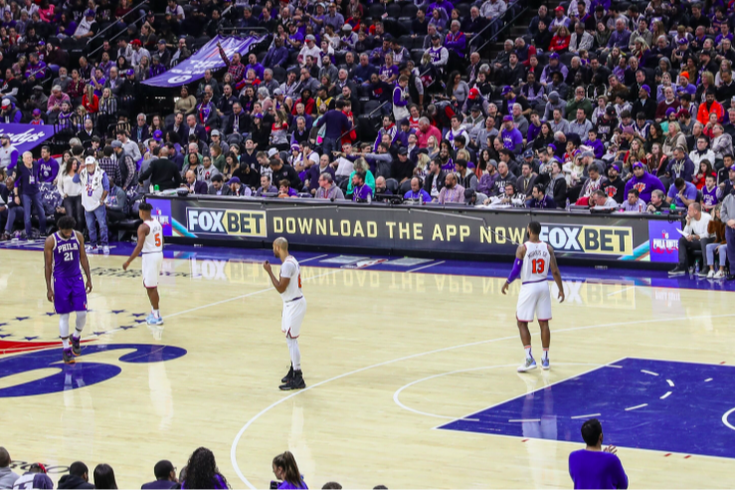 The Philadelphia 76ers have formed a unique partnership with FOX Bet, becoming the first NBA team to align with an online and mobile sportsbook.

The Philadelphia 76ers and FOX Bet announced a partnership Monday that marks the first of its kind between an NBA team and a mobile sportsbook.

FOX Bet is a brand developed by FOX Sports and The Stars Group that combines regulated real-money sports wagering with interactive content.

The partnership with the Sixers will feature a variety of in-arena and social media promotion, including near-live game replays on 76ers Twitter. FOX Bet will also become the Presenting Partner of the Sixers radio game broadcast on 97.5 The Fanatic.

“To have the opportunity to tie the FOX Bet brand to one of the most iconic sports franchises in NBA history is absolutely thrilling,” said Robin Chhabra, CEO of FOX Bet. “This agreement connects us with an extremely passionate local fanbase in a unique way."

As part of the announcement, Sixers fans in Pennsylvania and New Jersey will get $20 toward their first wager on FOX Bet. Fans must download the app and register to receive the promotion.

The announcement comes after NBC Sports Philadelphia revealed the return of its sports-betting-centric broadcast of Sixers games, including real-time insight and analysis of games in the context of wagers.