The California native takes over for Marc Zumoff, who retired. She will be the first woman to call games full-time for a Philly pro sports team 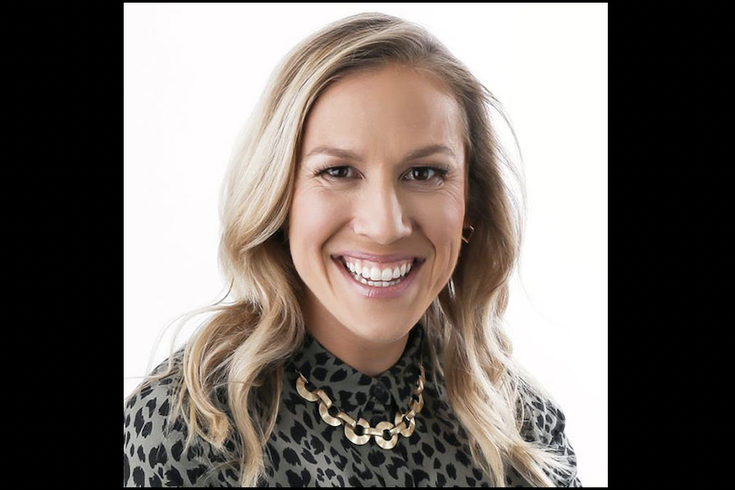 Kate Scott will be the next play-by-play announced for the Philadelphia 76ers during broadcasts on NBC Sports Philadelphia. The first-ever woman chosen for the role, Scott will take over for Mark Zumoff, who retired this offseason after 27 years in the booth.

The suspenseful wait for a broadcaster to be named to take the seat of legendary Sixers play-by-play announcer Marc Zumoff appears to be over, as Kate Scott is poised to join Alaa Abdelnaby for the team's TV broadcasts on NBC Sports Philadelphia, the network confirmed.

Scott will be the first woman to ever call games full-time for a professional sports team in Philadelphia, and she will be the second woman to handle play-by-play duties full-time for an NBA team. Two weeks ago the Milwaukee Bucks hired Lisa Byington to replace Jim Paschke, who retired after that team's championship last season.

“Being the voice of the 76ers is a dream come true,” Scott said Thursday. “As a kid playing hoops alone in my driveway, I actually used to imagine I was Allen Iverson; the clock would wind down in my head, people would scream, ‘You’re too small! You don’t belong!’ But I’d fade away, hit the shot, and the crowd in my mind would go wild. To now get the opportunity to be the voice of that team is incredible, and I look forward to earning the respect and trust of the phenomenal city of Philadelphia, and 76ers fans everywhere, one call and one game at a time.”

News of the Sixers hiring Scott was reported first on Thursday by Rob Tornoe of the Inquirer. Abdelnaby, the analyst on the Sixers' TV broadcasts, later congratulated Scott via Twitter.

A California native and former high school athlete, Scott has experience covering a range of professional sports. She recently worked for FOX Sports as a play-by-play soccer announcer for the network’s CONMEBOL Copa America and Concacaf Gold Cup coverage.

Scott holds the distinction of being the first woman to call an NFL game on the radio, the first to call a Golden State Warriors game and the first to call football for the Pac-12 Networks. She also was a play-by-play announcer for the first all-female NHL broadcast in the United States and called basketball games for NBC Sports during the 2020 Olympics in Tokyo this summer, in addition to radio roles in San Francisco and nationally broadcast college football games alongside Mike Golic this season.

“Kate is a preeminent play-by-play announcer who has called games at the highest levels and on the biggest stages, all while breaking barriers and making history,” said Brian Monihan, president and general manager of NBC Sports Philadelphia. “We are pleased to have her bring her skill, experience and passion to our already talented team covering the 76ers and Philadelphia sports. Kate and Alaa will surely bring fans a great experience for every game on NBC Sports Philadelphia.”

Earlier this year, Scott discussed her experience breaking barriers in the sports broadcasting industry during an appearance on the Deuce and Mio podcast. She cited Las Vegas Raiders play-by-play announcer Beth Mowins as one of her greatest mentors and inspirations in the progression of her career.

Here's a clip of one of Scott's calls for a college football game from a few years ago.

Zumoff, 65, retired in June after a 27-year-run as the play-by-play announcer for the Sixers, leaving big shoes to fill and a memorable trail of catchphrases that have defined the way games are called in Philadelphia.

“Kate’s energy, passion and tremendous knowledge of the game of basketball made her the ideal candidate to usher in a new era of 76ers basketball on NBC Sports Philadelphia,” 76ers president of business operations Chris Heck said. “We’re thrilled that she’ll call our city home and look forward to the lasting connections and memories she’ll make with the best fans in sports. Kate and Alaa are a dynamic broadcast pairing that 76ers fans will enjoy watching on the call this season and beyond.”

Scott is slated to start handling play-by-play for the Sixers when the team's preseason begins in early October.