Harding, 34, was hired as a scout for the Sixers last season 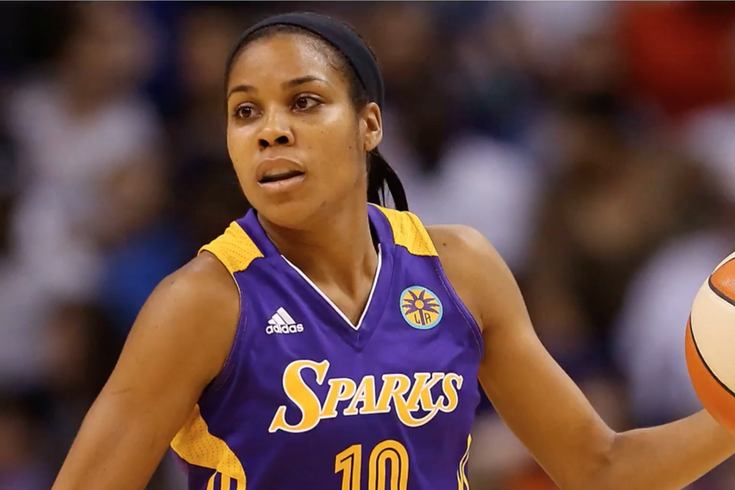 The Sixers have reportedly promoted scout Lindsey Harding to player development coach Tuesday, bringing another voice to the coaches’ table ahead of the team’s playoff run and also adding the franchise's first-ever female assistant coach.

Harding, 34, was hired as a scout for the Sixers last season after finishing off a nine-year career in the WNBA in 2016. She was made the first female assistant coach in Sixers history this week, according to a report from Philly.com, and the seventh female coach in NBA history.

The news comes just over a week after the Sixers’ top assistant coach and defensive coordinator Billy Lange left to take the head coaching position at St. Joe’s. The team promoted assistant coach Jim O’Brien to the front of the bench.

Harding played guard for Duke in college, and spent time with six different teams during her WNBA career after being selected No. 1 overall in 2007. She averaged 9.8 points and four assists per game during her career, and was named to the 2010 All-Defensive team.

Becky Hammon became the first woman in a full-time NBA assistant coach position when she landed the job with the Spurs in 2014.

Elton Brand told Philly.com Harding’s knowledge of the game is “impeccable” and that he doesn’t expect Harding to stay at the player-development level “for very long.”

The Sixers will be the No. 3 seed in this year’s playoffs, and will face either the Nets or Magic.