In his Boomers debut, the 24-year-old had 15 points in a victory over Argentina 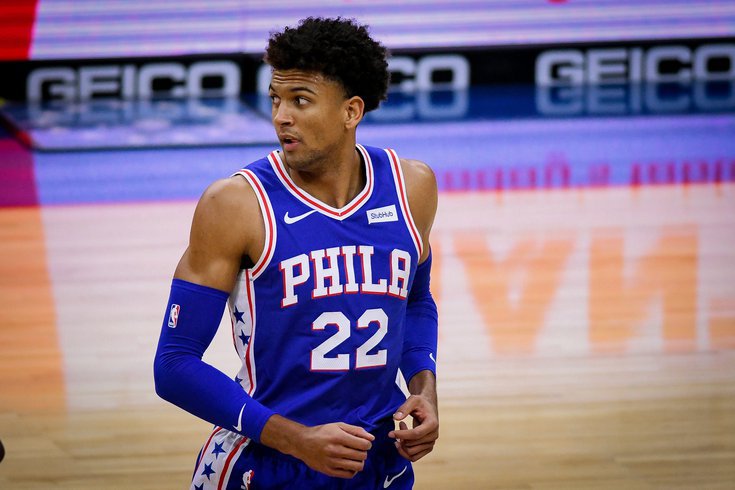 Matisse Thybulle will be document his Olympic journey to Tokyo with Team Australia in a vlog on YouTube.

After a disappointing end to the Philadelphia 76ers season, Matisse Thybulle had little time to transition to the Olympics as he joined the Australian national team in Las Vegas for exhibition play.

The 24-year-old forward, who made the NBA All-Defensive team in just his second season, has become a fan favorite in Philadelphia for his smothering ability to force turnovers. He's also showed improvement as a shooter in his second season, giving the team hope that he can emerge as a credible threat on both ends of the floor.

Thybulle shined in his first exhibition game with the Boomers on Sunday, an 87-84 victory over Argentina. Shooting 6-for-9 from the field, including three from beyond the arc, Thybulle finished with an impressive 15 points and five rebounds to go with four steals and three blocks.

the kid is shining for the world!

we got some @MatisseThybulle highlights to start your day 🇦🇺 pic.twitter.com/uHpxot869g

The chemistry Thybulle showed with his teammates might not have been expected, based on the vlog he released ahead of Sunday's game.

In addition to his play on the court, Thybulle has made a name for himself with vlogs during the early part of his career. They've provided an interesting window not only on Thybulle's development, but the rest of the Sixers team over the last two seasons.

The thing about Thybulle's work with Team Australia is that he doesn't really know anyone very well, as he explained in the vlog he shared Sunday on YouTube. Thybulle was born in Arizona, but spent much of his youth in Sydney, where he was more of a swimmer than a basketball player. He never played competitively with many of his Boomers teammates. And Ben Simmons, his Sixers teammate, opted out of the Olympics this year.

The whole video makes Matisse come across as a bit discombobulated — forgetting room keys, dropping eggs from his fork, needing to "steal" a pen from the hotel front desk. But considering the schedule he's been on, can anyone blame him for being scattered?

But for those who want to follow Thybulle's journey this summer, additional vlogs should give more of a window into what it's like to compete at the Olympics. Dropping Thybulle in a bright and dazzling city like Tokyo is a recipe for some laughs over the coming weeks and months.