Nets, Bucks, and Heat — yes, the Heat! — among Eastern Conference threats to Philadelphia 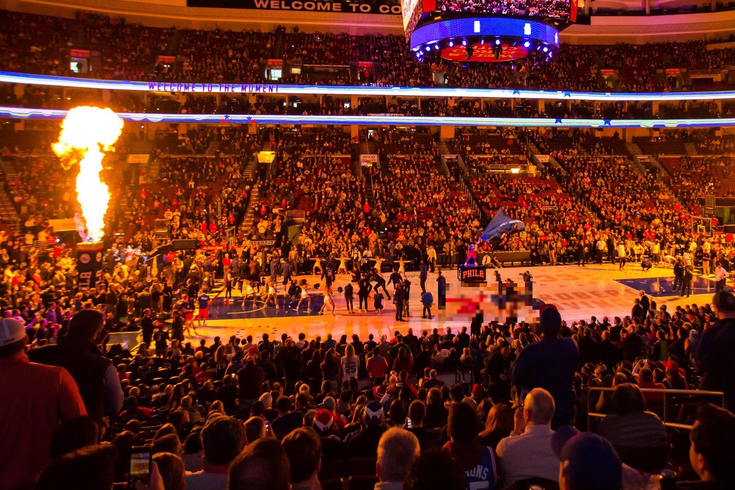 More fans will be returning to the Wells Fargo Center for the NBA playoffs.

With their blowout win over the Orlando Magic on Friday night, the Sixers clinched the top seed in Eastern Conference. Heading into play on Saturday, they currently sit a game and a half ahead of the Brooklyn Nets and two and a half games clear of the Milwaukee Bucks. Nobody else is closer than eight games back — the Atlanta Hawks currently occupy the fourth seed in the East, eight games south of Philadelphia and a half-game ahead of the Miami Heat and New York Knicks in a crowded battle for the No. 4-6 seeds).

With nothing more than one last (now meaningless) home game against Orlando remaining on their regular-season schedule, the 76ers are already locked into the top spot and have secured home-court advantage throughout the Eastern Conference playoffs.

But that’s not to say that a path to the NBA Finals is clear. In fact, the Sixers are not even favorites to win the conference title. They aren’t even one of the top two favorites! Brooklyn leads the NBA Eastern Conference championship odds at -110 and Milwaukee comes in next at +325. Philadelphia is a +325 third choice, while no other East representative has better than +1400 odds (Miami).

At +200, the Nets are also favored to win the NBA title—and it’s not hard to figure out why.

When Kevin Durant, Kyrie Irving, and James Harden are healthy and on the floor at the same time, first-year head coach Steve Nash’s squad is the most talented in the league, making them one of the NBA best bets for the season. The supporting cast is solid, too; it includes Joe Harris, Jeff Green, Blake Griffin, and DeAndre Jordan.

Even though the 76ers are one of the best defensive teams in the league, Brooklyn is a matchup problem for anyone and everyone. Ben Simmons cannot guard Durant, Irving, and Harden at the same time. Danny Green is still a decent defender at 34 years old, Joel Embiid is solid on that end of the floor even though he is known for offense, and backup guard George Hill is sound defensively, but the Nets’ offense can beat an opponent’s best defense.

The Bucks would not necessarily be a matchup problem, but any team with two-time reigning MVP Giannis Antetokounmpo on its roster is going to be dangerous.

Following an Eastern Conference Finals loss to the Toronto Raptors in 2018-19 and an even more premature postseason exit last year (eliminated by Miami in round two), Milwaukee loaded up with point guard Jrue Holiday to join Antetokounmpo, Khris Middleton, and Brook Lopez. The Bucks have a better inside game than that of Brooklyn, so they can put a lot of pressure on Embiid and potentially get him into foul trouble. Needless to say, Embiid dealing with foul issues is a recipe for disaster for Philadelphia.

Beyond obvious threats such as Brooklyn and Milwaukee, another Eastern Conference contender to watch out for is Miami. The Heat may be a good-value NBA pick to be a surprise conference champion. It is true that the defending East champions have been a bit of a disappointment in 2020-21, but they have most of the pieces back from last season’s run to the NBA Finals so the potential is there for similar to magic to be worked.

No, they aren’t favored; but the Heat weren’t favored in 2019-20 either. Jimmy Butler is still elite on both ends of the floor and provides much-needed leadership on and off the court. Second-year sharpshooter Tyler Herro has heated up of late—a big reason why Miami has won four in a row going into Saturday’s date with Milwaukee. Head coach Erik Spoelstra’s team also features all-star big man Bam Adebayo, who is unafraid to bang with Embiid down low. The Heat’s four-game winning streak includes a 106-94 victory over the 76ers. Even though the Sixers took the regular-season series 2-1, one of their wins came via a 137-134 decision in overtime.

Before Philadelphia would likely run into either Brooklyn or Milwaukee in the Eastern Conference Finals, Miami could loom large in the second round. That is the matchup the Sixers would not take lightly.

Pickswise is the #1 home of free sports betting picks, predictions and odds. Find trusted opinion on every sport, every day. 21+ Please gamble responsibly.