Sixers to retire Moses Malone's number during ceremony in February 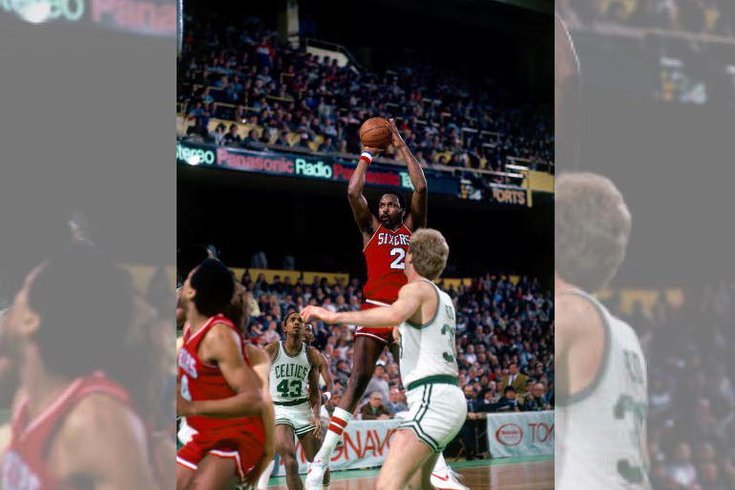 Sixers legend Moses Malone during a game against the Celtics.

As an elite big man looks primed to restore the Sixers to prominence in the present day, the franchise will take a moment to honor a legendary big man who helped bring Philadelphia its last NBA title. The late Moses Malone will be honored during a series of ceremonies on Friday, February 8, culminating in the retirement of his number that evening.

The Sixers will unveil a new statue of Malone outside of their practice facility in Camden during the afternoon, with his statue joining Julius Erving, Bobby Jones, Mo Cheeks, Hal Greer, Billy Cunningham, and Wilt Chamberlain on the Sixers' "Legend Walk" outside the facility. Later that evening during halftime of their game against the Denver Nuggets, the Sixers plan to raise Malone's No. 2 into the rafters at Wells Fargo Center, becoming the 10th Sixers player to receive that honor.

“Moses Malone is one of the NBA’s all-time elite players and someone who propelled our organization to great heights,” said Sixers GM Elton Brand in a press release provided by the team. “He embodies what our program is striving to achieve, and he has earned the great honor of having his jersey retired and his sculpture unveiled by the 76ers.”

Frankly, the retirement of Malone's No. 2 has been long overdue. "The Chairman of the Boards" was not just a central figure of Philadelphia's last title team, he is one of the greatest players to ever wear a Sixers uniform.

After arriving in a trade with the Houston Rockets in September of '82, Malone won his second consecutive MVP award during the 1982-83 season, powering the Sixers to 65 wins and the best record in the league. Malone famously declared the Sixers would sweep the playoffs en route to a title, and while his "Fo fo fo" prediction was ruined by a single loss to the Bucks in the Conference Finals, Philadelphia dominated the postseason. Behind Malone's Finals MVP performance, the Sixers swept a 58-win Lakers team in the Finals to cap a 12-1 playoff run.

Malone's accolades speak for themselves. Named one of the 50 Greatest Players of the league's first 50 years in 1996, Malone won three MVP awards, eight All-NBA honors, appeared in 13 All-Star Games, and averaged 20.3 points, 12.3 rebounds, and 1.3 blocks per game in a career that spanned two decades.

You can put his peak up against most of the great players who ever lived, and his longevity speaks for itself, with Malone playing into his late 30's after jumping to the league out of high school. He was named an ABA All-Star as a 19-year-old rookie and would make his final appearance in the midseason showcase 14 years later, a remarkable display of consistency.

The only shame of Malone taking his rightful place in the pantheon of Sixers legends is that he will not be around to see it. Malone unexpectedly passed away due to complications from heart disease back in 2015, on the same day he was scheduled to play in a celebrity golf tournament.

I imagine you'll probably see a few of his Sixers brethren make an appearance to show their respect for their former teammate. Charles Barkley, who played with Malone during the first few seasons of his career in the mid 80's, has often credited Malone for setting him on the right path as a professional, helping him to train and lose weight during his rookie season in 1984-85.

But while Malone is famous in this town for his "Fo Fo Fo" proclamation, Barkley told ESPN's Jackie MacMullan that Malone never took any credit for who Barkley came, publicly or otherwise:

He never said anything about what he did for me. Most guys, when they mentor a young player like that, they go around saying, 'Yeah, that was me. I did that.' Not Moses. He never told anybody. And that was the best part.

Malone's quiet and consistent dominance left a mark on the Sixers' franchise that will remain forever. Malone embodied Philadelphia's blue-collar values as well as any star who has ever stepped foot in this town, and you can sum up this new honor with just two words: about time.