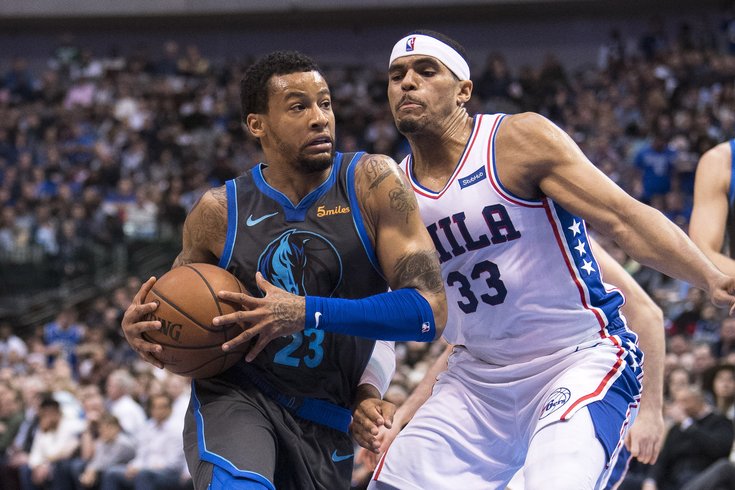 Trey Burke adds a little depth to the Sixers' back court.

The Sixers are signing guard Trey Burke to a one-year minimum contract, a source confirmed to PhillyVoice on Thursday evening. Shams Charania of The Athletic was the first to report the news.

Burke's deal is only partially guaranteed for this season, multiple sources told PhillyVoice.

Best known for his sensational run through the NCAA Tournament with the Michigan Wolverines in 2013, Burke has bounced around a bit over the past six seasons. During his early years in Utah, Burke turned out to be a better playmaker than many expected he would be to start his pro career, but the scoring prowess that made him a household name took a dive against NBA size and athleticism.

Over the last three seasons, Burke has slowly found a place as an offensive spark plug off the bench, albeit in situations where expectations to win were rather low. He's settled in as an average three-point shooter over the last few seasons, which makes him a rarity among guards the Sixers have employed over the last half-decade.

Interestingly enough, Burke was actually better shooting threes off of his own dribble than out of catch-and-shoot situations last season, after posting back-to-back seasons of elite numbers as a catch-and-shoot player, though on low volume, in 2016-17 (43.1 percent) and 2017-18 (41.5 percent).

Some of that may be contextual, and with Burke assuming less responsibility here than he did on floundering Knicks teams, the types of shots available to him might bring him back toward those numbers. Even if he settles into a middle ground, the Sixers will welcome a guard who can shoot at all with this group.

His fit on the Sixers is fairly straightforward. He is a guard who can create his own shot off of the bench, and because he's a threat to shoot off-the-dribble, the Sixers finally have a bench player who they can trust to run pick-and-roll sets with their bigs. Burke's role in Dallas during the second half of last season may be a preview of how he could be used in Philly — with the Mavericks running a lot of their offense through Luka Doncic, Burke took a much larger share of his attempts from deep, cutting back on the mid-range looks he leaned into with the Knicks.

Burke gives the Sixers something different than assumed backup point guard Raul Neto, whose style is more about keeping the offense flowing and letting the game come to him. There will be nights where Burke's shot isn't dropping and he doesn't offer much value, which should lead to a quick hook. But there will be games when the Sixers need someone to go out and give them a jolt from the bench, and in that respect, they could have done a lot worse than Burke at this stage of the offseason.

Their acquisition of Burke brings the Sixers roster to 15 players, not counting two-way players or the Exhibit 10 deal they agreed to with Florida State product Christ Koumadje. So for the time being, this is your Sixers roster.

We'll see how that looks on the floor soon enough.