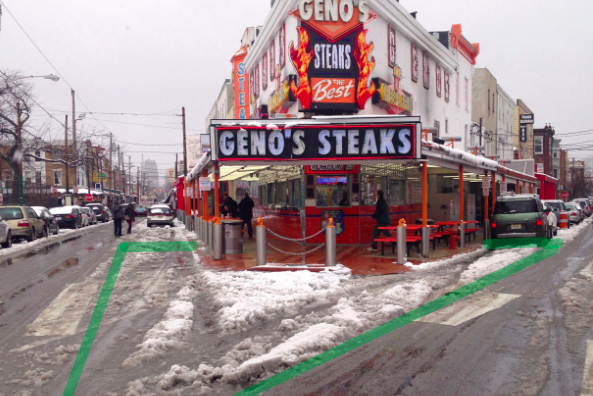 This "snecking" shot shows the potential for extending the sidewalk further.

Who knew something good could come from commuting in the snow?

Last winter, Philadelphia-based freelance journalist and policy researcher Jon Geeting, took advantage of a city snow day by driving around the streets and stopping to take pictures of what he saw as underused open spaces made visible by car-cleared snow formations.

He didn't invent the concept of using snow to inform smarter city planning, called a sneckdown - a combination of snow and neckdown, or curb extension. But he may be the first one to put it into practice in Philly, or at least the first to document it.

"The sidewalk network in Philadelphia is one of the city’s greatest assets and sidewalk cafes are a wonderful addition," Philadelphia Streets Commissioner David Perri told Metro Philly.

Advocates can then use these sneckdown photos to make the case to local transportation officials that traffic calming interventions like curb bumpouts and traffic islands can be installed without any loss to car drivers, Geeting writes on the community blog, This Old City. 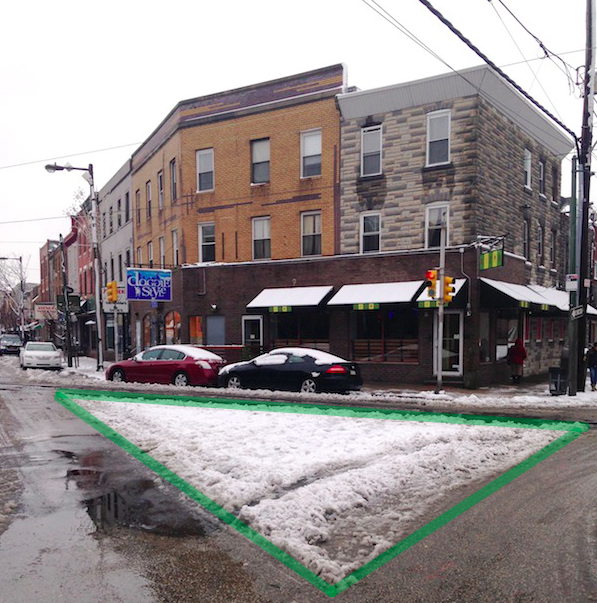 His goal was to offer ideas for public spaces and traffic safety improvements along East Passyunk Avenue in South Philly. His photos reveal potential for development in front of Pat's King of Steaks and Geno's Steaks, the iconic business competitors on 9th Street. 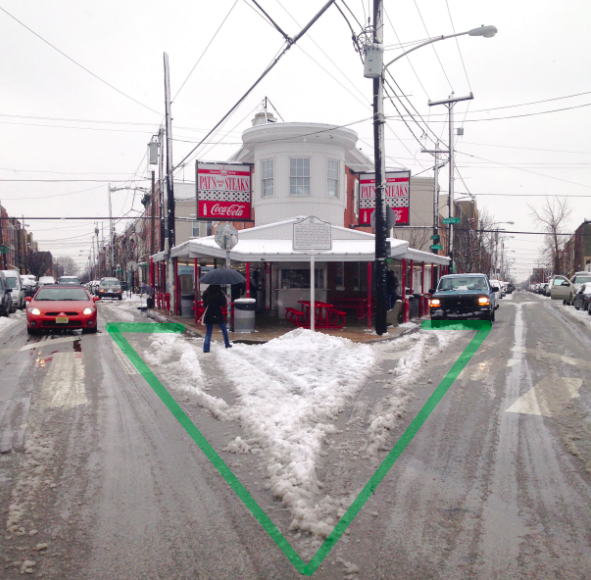 It would clearly be good for business, he writes, pointing to Pat's and Gino's Steaks, where customers already line up in the road space while waiting to order.

Why not extend the sidewalk further so they don't have to stand in the street? These are cheap high-impact projects that can be done quickly, and once we get started they are going to get popular very fast.

Green Line Cafe's parklet in West Philly is a good example of optimal use of open space (below). 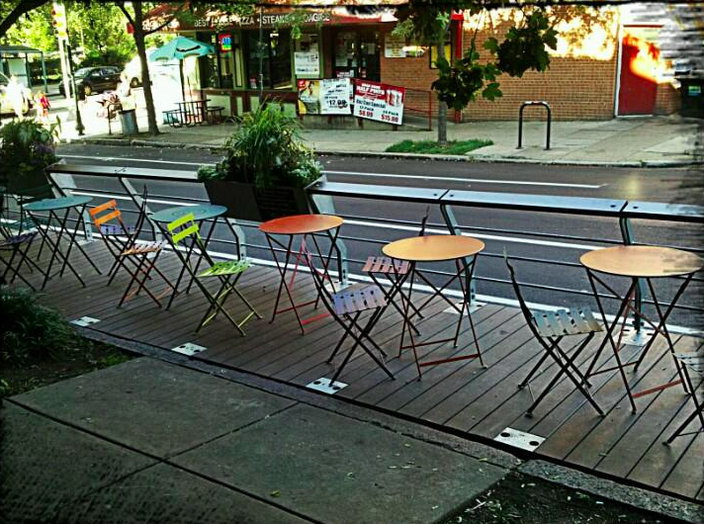 Creating such a space would have to be approved by the Philadelphia Streets Department to ensure compliance with sidewalk cafe requirements, including making sure signs and banners aren't in the public right-of-way and that cafe seating doesn't extend beyond the city-approved licensed limits.