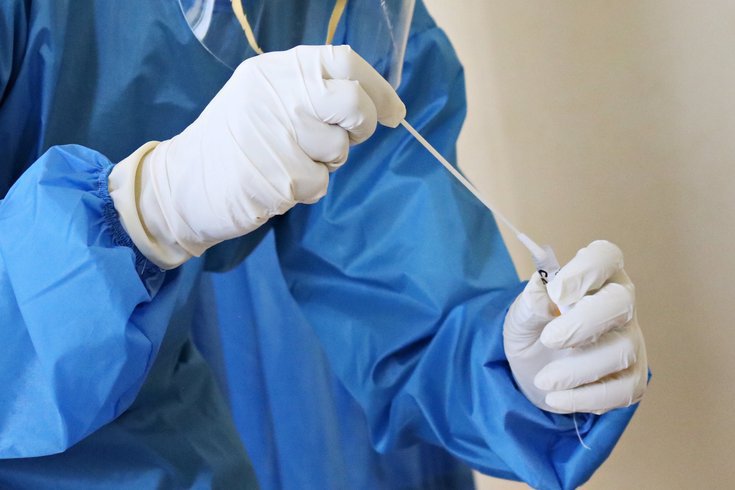 Camden, Burlington and Gloucester counties have all seen increases in COVID-19 cases since mid-December, as the omicron variant surges across the United States.

New Jersey reported a record 20,483 cases Wednesday, with another 6,590 probable positives obtained from rapid antigen tests. The daily case totals over the last week dwarf those at virtually any other point in the pandemic.

Just last week, Gov. Phil Murphy acknowledged the beginning of the omicron surge and its impact on testing, case counts and holiday plans at his final COVID-19 press briefing of the year.

"We are seeing daily case counts hitting levels we haven't seen since mid-January of this year," he said on Dec. 20.

At the time of the press briefing, New Jersey's statewide daily count was at 6,505. Wednesday's figure was more than three times higher.

Burlington County had a slight decrease after hitting a record 520 cases on Christmas Day. There were 456 new confirmed cases, with another 340 probable cases.

Statewide hospitalizations have hit their highest mark since last holiday season. There were 3,273 hospitalizations Tuesday, a 10% increase from just one day before, NBC Philadelphia reported.

In South Jersey, there are 756 hospitalizations, approaching the totals from last winter.

Still, hospitalizations remain down compared to the initial surge in April 2020. And thanks to vaccines, deaths remain low compared to previous surges.

The latest surge has been caused by both the omicron and delta variants. Nationwide, omicron represented about 59% of cases as of Dec. 25, according to the U.S. Centers for Disease Control and Prevention. Delta made up the rest.

Murphy addressed growing concerns over the lack of access to COVID-19 test kits Tuesday, announcing the impending opening of a testing site.

Though details on the location of the testing site have not been released, residents who need a test can receive a free at-home test kit through a partnership between the Department of Health and Vault Medical Services.

Despite the latest surge, businesses are planning their best strategies for remaining open to the public. Health officials continue to urge people to get vaccinated or boosted, because doing so significantly reduces the risk of severe COVID-19.

Additionally, the U.S. Centers for Disease Control and Prevention has reduced the isolation period for people with asymptomatic COVID-19 cases. They now are advised to isolate for five days, instead of 10, and wear a mask for another five days.