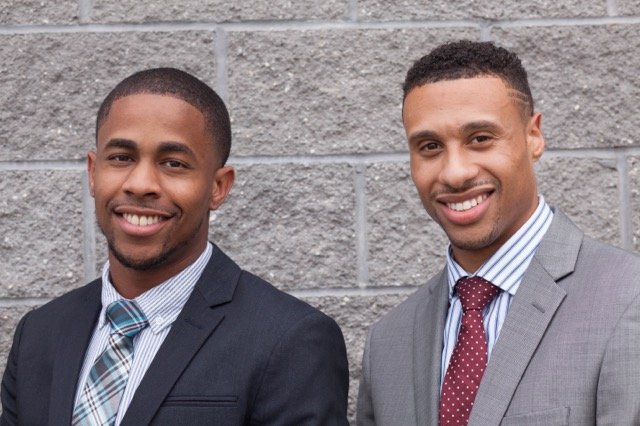 Two South Jersey entrepreneurs are hoping to harness the "madness" of fan followings.

Ray Gordon and Corey Wooten, based out of Williamstown, Gloucester County, launched their social media iOS app Livid last week, in time to do a promotional swing through at Made in America last weekend. The idea behind the app, they told PhillyVoice, is to create a place for fans of celebrities, brands and social movements that's less cluttered than, say, a Facebook fan page.

But also to acknowledge the significance of their social media contributions.

“We wanted to reward fans for all the madness they create," Gordon explained. "Currently, we have users that make stars like Beyonce or The Weeknd who they are because they share content and make posts go viral, and we felt there needed to be a way to reward them for everything they do on social media."

The idea was rooted in casual conversation about what it would be like to text their favorite musicians. That idea blossomed from there.

Here's where the platform hopes to truly stand out: Over time, Livid wants to partner with celebrities and brands to allow for interaction with fans. Fan pages, called "loops," are encouraged to spread petitions and grow their following to eventually be acknowledged by a celebrity as the "verified" community of the app -- thus, potentially connecting fans directly to someone like Beyonce.

"It becomes a battleground of 'Which Beyonce fan page is the most loyal?'" Gordon said. 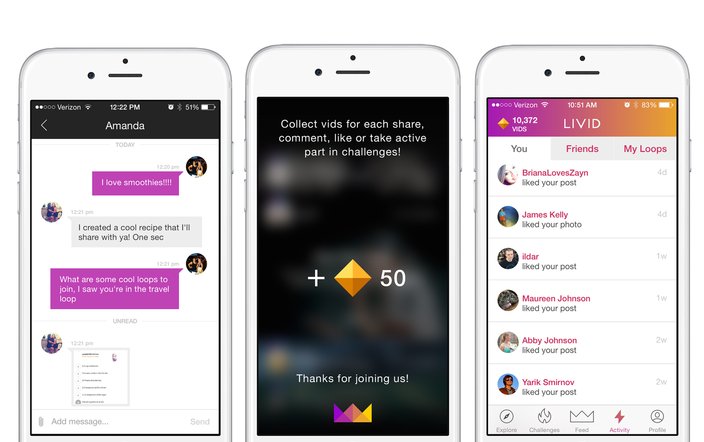 The Livid app interface. The name of the app comes from the concept of managing "madness." (From Livid)

And, aside from the connection being a reward in itself, those fans can then participate in challenges set by celebrities or brands like Starbucks that reward "Vid" points, doled out for sharing video footage, "Liking" posts and commenting. Those points are an in-app currency with a variety of uses and can, eventually, be cashed in for gift cards or brand-specific rewards.

Though, Gordon noted the app isn't meant to be a game. Instead, they view it as a form of social media intended to be more interactive than most and, they added, will be much more full-featured than what is currently available as they dissect analytics and gather feedback. It also serves as a unique tool for brands, giving them a direct-to-consumer marketing tool and a platter of consumer insights.

The goal is to monetize the app through advertising, but also through partnerships with brands and celebrities. (Gordon was coy about which celebrities they've already partnered with, but said there are surprises in store.)

For now, Gordon and Wooten are focused on creating content for the newly launched app, driving its user base and adding features. And, despite obvious skepticism over whether they're occupying a saturated social media landscape, they insist they're filling a gap.

"Right now, if you post something, you can't get rewarded as a social media user," Gordon said. "If something goes viral, we often don't even know the originator of a meme or piece of viral content."

Livid not only recognizes that devotion but rewards it. Users are also given the option to sync their posts with Facebook and Twitter accounts, Gordon added -- so, it's not necessarily the case that the posts are being seen in a vacuum.

To boot, the duo emphasized they're in it for the long game.

“You look at a mega social media company like a Facebook or a SnapChat, or Instagram, some of them grew faster than others. But then you have others that took three or four years to get to some type of decent traction and engagement," Gordon said. "We’re on the path of organically growing and we think it will be cool to watch -- internally and externally.”

Livid is currently operating on $250,000 of seed funding. Gordon and Wooten will seek a second round in the months ahead.