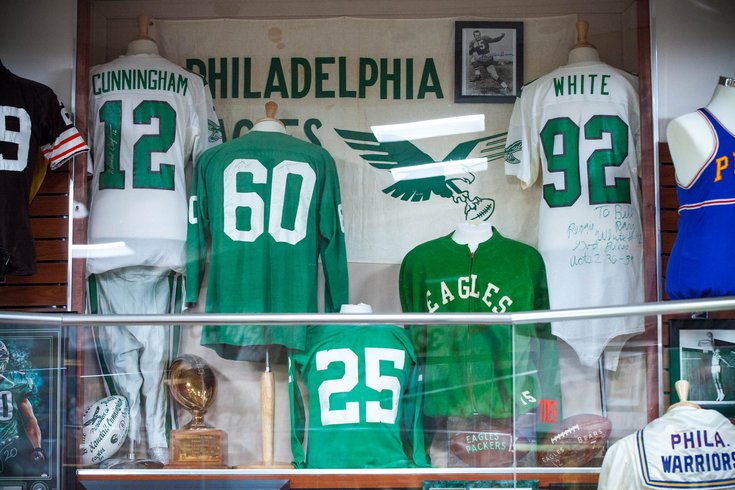 There's a heap of Holy Grails to sports collectors under one roof in South Jersey – and it's expanding.

The DePace Sports Museum, after years of delay and years of work, has a soft opening on Monday at 765 Haddon Ave. in Collingswood.

Its illustrious treasures – and the history they tell – are impressive:

• Honus Wagner's impossible-to-find "T206" baseball card, a storied card in its own right, this one with its own happy history involving nuns, money, Christmas and a prayerful blessing.

• Legendary Babe Ruth's game jersey – one of fewer than perhaps five and worth more than $1 million -- complete with a fat-strap to help with the bulky player's fit.

• The game jersey – 60 – of the late Chuck Bednarik, the last of the two-way players and one of the most revered Eagles of all time. A Pennsylvania native who played for the University of Pennsylvania, Concrete Charlie was a standout center and a ferocious tackler, voted into football’s Hall of Fame the first year he was eligible. 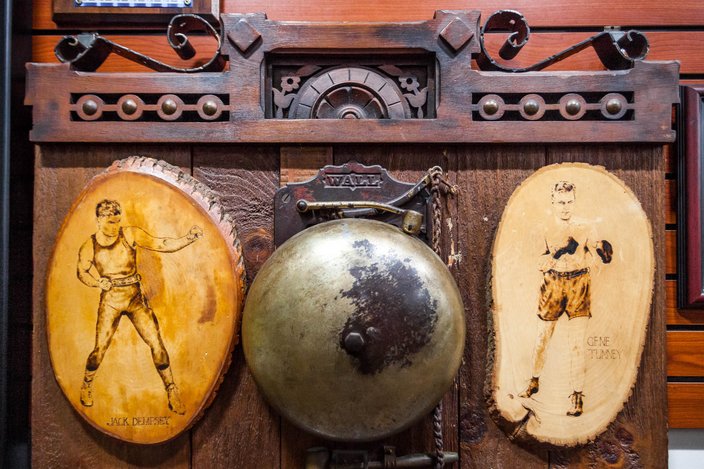 The memorabilia includes the bell that rang in Sesquicentennial Municipal Stadium on Sept. 23, 1926 for the Jack Dempsey-Gene Tunney fight.

• The robe Joe Frazier wore in his 1971 "Fight of the Century," handing Muhammad Ali, who once lived in Cherry Hill, his first professional loss. And several of his heavyweight belts.

Collingswood, a quaint town just east of Camden known for BYOB restaurants and as the setting for the movie “Silver Linings Playbook,” and likened to Cooperstown by the DePaces, is thrilled.

“We’re looking forward to this new addition to the mix of fun on the Avenue,” said Mayor Jim Maley. “This collection is world renowned and will bring another dimension to the life that is Collingswood.”

Sports fans, too, are thrilled.

“That 1971 fight (between Ali and Frazier) is considered the Holy Grail,” said sportswriter Kevin Iole. “Each was undefeated. Each had a legitimate claim to the championship. The fight went the distance.”

“It’s very significant. They are both beloved figures. Frazier was very well-liked in Philadelphia,” he added. "That shot of Ali (also on exhibit) laid out there on the canvas, who had taunted Frazier unmercifully, that’s iconic." 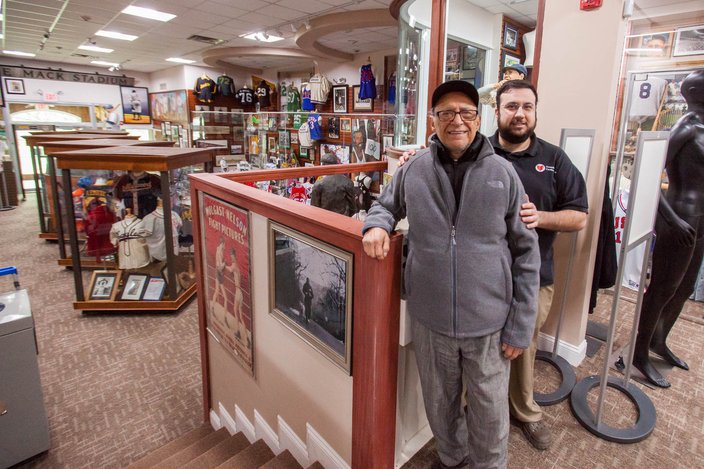 A FAMILY BONDS OVER SPORTS

The Monday opening is a relief for three generations of the DePace family, the force behind the $30 million collection, in part because it means finally having thousands of pieces out of their nearby home.

The collection began as family bonding time for the DePaces – Nicholas L. DePace Jr., 29, the CEO of the non-profit museum; Dr. Nicholas L. DePace, 69, a cardiologist in South Jersey and Philadelphia, the primary buyer; and Nicholas DePace, soon to be 86.

The doctor began quizzing his son on sports trivia at the age of five. But the sports bug began with the grandfather and the doctor collecting baseball cards when the doctor was a youngster.

Though the collection of more than 5,000 items is diverse, it’s clear that baseball is the family’s first love, with Frazier a close second. The boxer, a patient of DePace's, also became a friend.

The vast multi-sport collection – including golf, track and field, NASCAR, football, hockey and more – is in a repurposed century-old bank building, complete with vault, where the most valuable items will reside most of the time.

“Our house looked like the TV show “Hoarders,” except with sports memorabilia, not stacks of newspapers and cats,” said the museum’s CEO.

Because of the informal storage in the family's home, “there have been casualties,” said the younger DePace, pointing to an item missing a piece.

Dr. DePace, who had talked about a museum for years, bought the decrepit two-story bank building in 2010. Financing it out of his own pocket, the work took time. 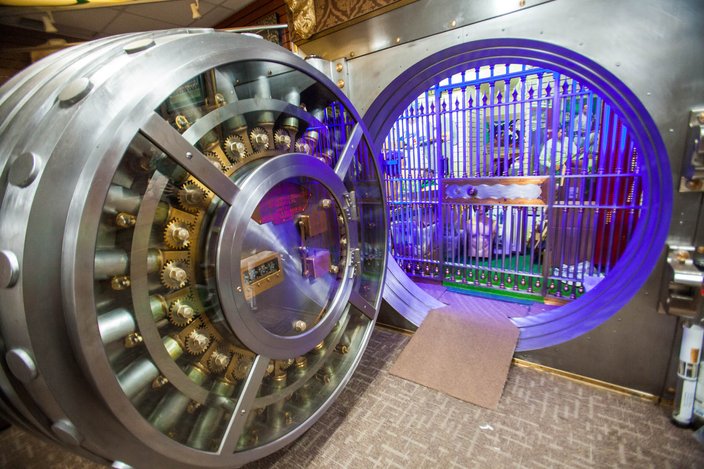 The new DePace Sports Museum at 765 Haddon Ave. in Collingswood features a century-old vault from the bank that had previously occupied the buiilding. Many of the most valuable collectibles will be stored in the vault.

SAVING CHRISTMAS FOR THE NUNS

And then there was the $220,000 purchase of the Honus Wagner card, a mix of divine intervention, fate and faith.

An order of nuns had been bequeathed the 1910 card, which while not in pristine condition – a mint condition card has sold for $2.8 million – had stayed in a safe deposit box since 1936.

The nuns had hoped to sell the card just before Christmas five years ago to fund their work overseas. Dr. DePace dropped out of an auction when he felt the card had become too pricey.

But soon the would-be buyer reneged, and the doctor, who is Catholic, bought the card, saving Christmas for the nuns.

“Even if you’re not a sports fanatic, you’ll learn a lot, especially how sports influences the culture and the community,” – Nicholas L. DePace Jr.

And while he knowingly overpaid – but not by too much, said his son – the doctor felt overjoyed about making the nuns' Christmas.

In return, the nuns pray for DePace, so there’s a reciprocal blessing for his good deed.

“And the story, the provenance, of the card, make it more valuable,” said the younger DePace.

The museum accepts donations, both monetary and sports items, and hopes to open a retail operation in the near future.

There’s even a hope of opening a display in South Philly near the sports complexes, but nothing is solid.

Starting Monday, the museum is open from 10 a.m. until 4 p.m. as final details are put in place.

Soon, the hours will change to noon to 5 p.m. Monday to Thursday, and noon to 9 p.m. Friday and Saturday. The museum will be closed on Sundays, except for groups and by appointments.

“Even if you’re not a sports fanatic, you’ll learn a lot, especially how sports influences the culture and the community,” said the younger DePace, who is looking toward introducing a fourth generation of the family to sports when his first child is born in the spring.