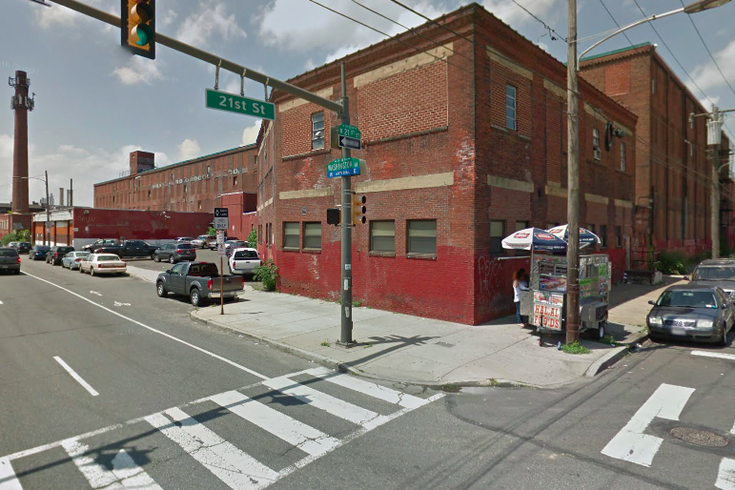 The future of the former Frankford Chocolate Factory may be unknown, but its past and its architectural character were enough to earn it a timeless spot on the National Register of Historic Places.

And that could provide just the stimulus the building needs to reinvigorate its on-again, off-again redevelopment efforts.

The property at 2101 Washington Ave. dates back to 1865, first serving as the primary manufacturing facility for Howell & Brothers Paper Hangings Manufactory, then one of the largest wallpaper producers in the United States, according to a nominating petition in support of the building's historic bid.

Seven different sections of the factory were completed between 1860 and 1970, around the time the Frankford Chocolate & Candy Company took over and made the property the world's largest manufacturer of chocolate bunnies. In the intervening years, the factory was occupied by tin can manufacturer American Can and later served as a furniture warehouse for the John Wanamaker Department Store.

Notably, despite the building's enduring reputation as a chocolate factory, the significance of Howell & Brothers in the evolution of the U.S. wallpaper industry appears to have been the driver of the property's historic designation.

Produced in vast quantities of fifty million yards or more annually, Howell wallpaper could be found in countless homes and many landmarks throughout the United States. As a result, the thousands of wallpaper patterns the company produced between 1865 and 1900, designed largely in-house, helped set the tone for interior design in the United States during the Victorian period.

The late developer Tran Dinh Truong purchased the shuttered factory for $5.75 million in 2007, with hopes to turn it into a Vietnamese superplex. That plan and other proposals since have failed to materialize. The building was last purchased for $7.8 million in 2015.

Last November, developer U.S. Ventures and architect Cecil Baker joined the South of South Neighborhood Association to hold the second of two community meetings about the future of the Frankford Chocolate Factory.

An initial plan would transform the structure into a mixed-use property with about 150 rental units and three retail spaces fronting Washington Avenue.

The historic designation now qualifies the building to receive the 20 percent federal Historic Tax Credit to stimulate renovation and reuse over a five-year period. While the building will not be protected from demolition, it is at least conceivable that some of the most historic features and traces of the factory would be preserved by developers.