From South Philly to the south of France (and back again) 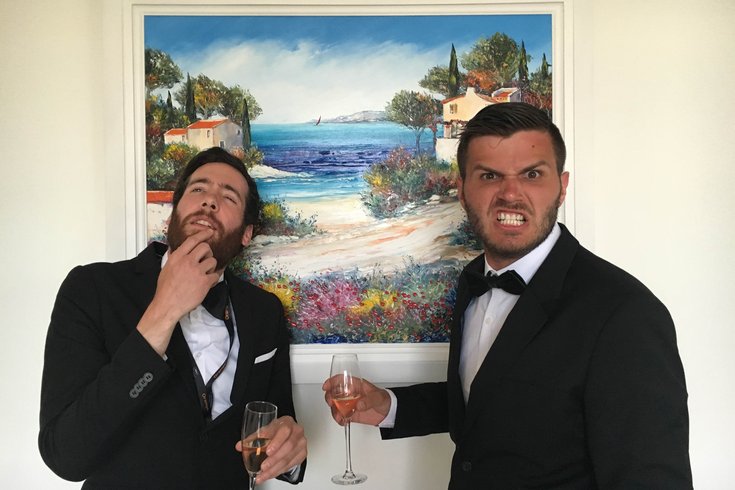 Last month, South Philly filmmakers Derick Crucius and Ryan Regan took their short film "Charley Tucson" — about a man on the brink of mass murder — to Cannes International Film Festival's Short Film Corner, where they were able to screen the film and gain access to filmmakers from around the world.

So, how'd it go? We sat down with them to find out.

How was your film received?

Crucius: It was received really well. The screening had a great turnout, and people came and were excited to see something different. Some people we didn’t even think would be at the festival at all showed up, and asked us a lot of questions afterward and we spoke with them and got their business cards. We’re going to keep in touch with filmmakers from India, Italy, the U.K. — especially the U.K. It’s pretty well-received from people in London and we met a Scottish filmmaker who came out. It was a pretty solid time. People really enjoyed it.

Did people ‘get it’? Was your style really out-there for filmmakers from other countries?

Crucius: That was one thing a good friend of ours over there — well, he's a good friend now — he asked a lot of questions, as far as gun violence issues. It’s not as bad where he’s from, Cannes, and he was picking our brains about it because of the cultural difference It’s not that it was too far out there, but it was definitely different than what they’re used to. Each region, they have their iconic filmmakers ... everybody has their own style where they’re from. So, in Cannes, it was interesting to see what people had to say about it and some people either loved it or hated it and that’s the kind of movie it is. All around, though, it made people feel something and think and ask a lot of questions, which is what we want the takeaway to be.

Regan: We got asked a lot of questions about not just gun violence, but Donald Trump. His name came up quite often ... It opened up a discussion, which is great. Especially to have conversations with people from all over the place. It was interesting to see how things operate in different parts of the world and their perception of how America operates.

Your film also lines up well with what’s going on in Orlando right now.

Crucius: I’m at a loss for words with everything that’s going on. Hence, the reason we made this picture, but it just seems like it’s only getting worse. It’s snowballing and I hope people will look at our film and that it raises awareness for this issue and, obviously, we all want world peace, but that’s never going to happen in our country — to the world — as long as there’s religion and politics. But we hope it does make people a little more aware, that it does strike a nerve. Even in people who may be thinking about committing these types of acts. We’ll see. It’s hard to tell.

Do you think the arts play a role in addressing this issue? The policy may not change, but these subtly effective works, when done right, might make a difference.

Regan: I do think it is an easily digestible medium, especially for a generation who are attached to social media, their cell phones, watching Netflix and things like that — people who are not very much interested in going to debates or watching them on television, or being directly involved with things. It might be an easier way to get in touch with those people. ‘Here’s something to look at.’

Crucius: You could tell we were from Philly because we were the only two guys wearing flannels in Cannes.

Crucius: Cinema, it is that type of art form where you’re forced to sit, whether in a theater or through VOD – you’re forced to take it in and observe, and sometimes things are a little bit more horrific and sometimes sugar-coated, it all depends on the artist behind it, but you're forced to view that subject matter. Whether it’s experimental, narrative fiction, or documentary ...

I think the idea of display, viewing and taking it in with an audience of people you don’t know, with the person sitting next to you, it’s an interesting medium.

What kind of networking did you do?

Crucius: Tons. Too much. We have a huge stack of business cards. A ton of people we met out there. Filmmakers from all over the world. We spoke to some distributors and got our foot in the door and have fingers crossed that things work out that way. We spoke to some producers, and hopefully, we can try to figure out how to get international funding for a feature to keep doing what we’re doing. But the networking was incredible — we met so many talented, passionate people such as ourselves, and it was inspiring.

Crucius: You could tell we were from Philly because we were the only two guys wearing flannels in Cannes. [Laughs]

Regan: Which I think was a good choice. We said before we left we’d be ourselves the whole time. And that was one thing people had noticed about us. One person came up and said, ‘You know you're the only guys I’ve seen here wearing flannel shirts. You really stand out.’ And I think it worked to our benefit. 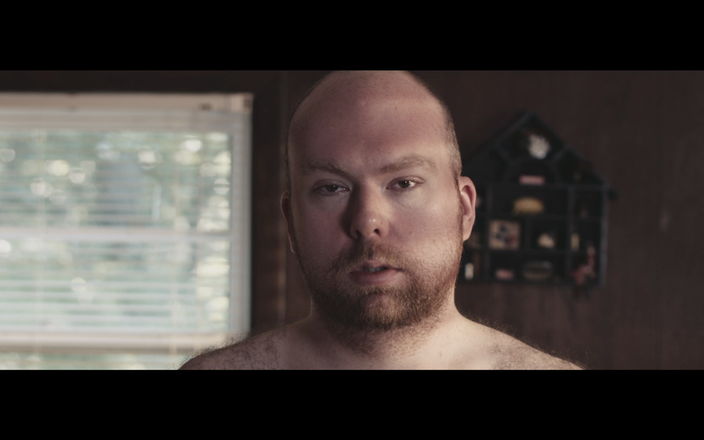 Did people have a reaction when you said you were from Philly?

Crucius: Actually, yes. We met some people who’d been to Philly — ‘I love Philadelphia, it’s so rich in art and culture and the perfect size for a city.’ And then some other people were like ‘Oh, well you’re not from New York.'

Regan: Which is kind of the reaction we expected most of the time, so it was nice to get the other reaction of ‘Oh, I love Philadelphia.’ 'That’s amazing. Thank you!'

Crucius: We’d wake up at 6 a.m. to go to the [theater], but we’d go to this café every morning because our days were long. It was owned by Italian gentlemen, and they were so stoked. They'd shout ‘Oh hey, Philadelphians!” when we came in. Screaming and clapping. We’d just get a caffe and a slice of pizza for breakfast. Heaven for me. But people were stoked to see we were from Philly; we met plenty of people there from America, but not many people from the city of Philadelphia — at all, really.

How much of the celebrity hoopla, with the red carpet rolled out, is actually real?

Crucius: So that happens. There are the red carpet events where you see the people walking, and we’re trying to go to a screening and cutting through hordes of people —

Crucius: In short, I’m honestly amazed and kind of disgusted how long people are willing to wait out with cameras just to see a person who eats, sleeps and ****s just like all of us, just for a moment.

Regan: And only catch the back of their head. And they camp out all day. It was wild to see that. There’s an incredibly — it blew our perceptions out of the water. It was this incredible, amazing networking opportunity we got to take part in, but you also realize how superficial the festival is and how much emphasis is placed on the stars and Giorgio Armani ads everywhere.

Crucius: What Cannes is doing for filmmakers is great — the festival itself, how it’s developed, is great. Maybe I’m not the best person to talk to because I have a very punk-rock approach to everything. [Laughs] But that's my ideology. You run into people who are just wearing monkey suits — tuxedos — just to wear tuxedos and feel like they’re somebody. You’ll talk to some people who will talk to you and lie to you that they are some producers when they are not a producer. You find out from the person over there ‘Don’t talk to that ****er because he just ripped me off.’ You have to have your wits about you because there are people out there just to party with celebrities. But there is an equal amount of people there to praise and celebrate cinema, which is a lot of people we met. 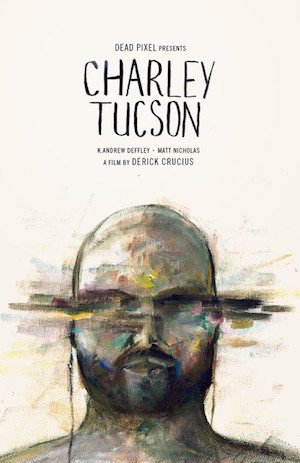 The cinematic poster for 'Charley Tucson.'

There's one story I love to tell. There's this hotel, the Grand, it’s a place everybody goes to network and look fancy and meet stars, and we heard there was something going on. We went over there but didn’t know what to expect. ‘Is this a party where we need to go buy our own beer?’ So we stopped at a corner store and bought 40s — totally Philly-style. We showed up in leather jackets and dirty T-shirts and it ended up being this bourgeois event, and we’re drinking our beers on the couch and the waiter comes up to us and says ’You should probably go; you guys don’t look like you belong here.’ I was like ‘That’s so ****ing Philadelphia, I love it.’ We ended up buying $10 seltzers just to stay there.

Regan: Our days started at 6 a.m. or 6:30 a.m. and went to 2, 3, 4 in the morning very night. There were nights we’d get home, put our head on the pillow and the alarm clock would go off. ‘Let’s do this.’ The best way to put it is this: 'It’s an endurance test.' After the fourth day, we shared a look with each other — didn’t say anything, just looked — and it was a look of ‘Yeah, I’m exhausted.’ Like we’d almost be relieved when it was over, in a sense. But it was great.

Do you have a clearer idea of how you're distributing 'Charley Tucson'?

Worst-case scenario, if it doesn’t get picked up for distribution, there are other platforms online. Amazon, from what we discussed with people, seems to be the savior of cinema right now in terms of film funding and distribution — they even have a model where they’ll send it on a tour through cinemas first before they do VOD. Which is incredible. Thank God for that …

Crucius: [A feature film] is next. We’re gearing up for it now. Tightening up ideas and script and getting it into a more pristine draft — not a final draft because I like to take my time and get it as perfect as I can get it — but then it’s obviously getting copyright and sending it out and having people read it and getting critiques from people we trust and respect, but also trying to get some funding. We’ll go the grant avenue first, then we’ll go to producers and then whatever’s left, we’ll pick up the pieces with crowdfunding or investors. And I want to film it in Philadelphia. I want the entire film shot in Philadelphia. We already have people willing to let us shoot in their locations, who want to be part of the Philly film scene. It’s going to be Philly, 100 percent.

Crucius: I guess, No. 1, if there are any filmmakers who want to try and submit to a festival like Cannes and are afraid to, they really should. Especially in Philadelphia — represent the city, the arts here. Film has potential to be something great here. And, we couldn’t have done this without everyone who supported us and our amazing cast, crew and families.