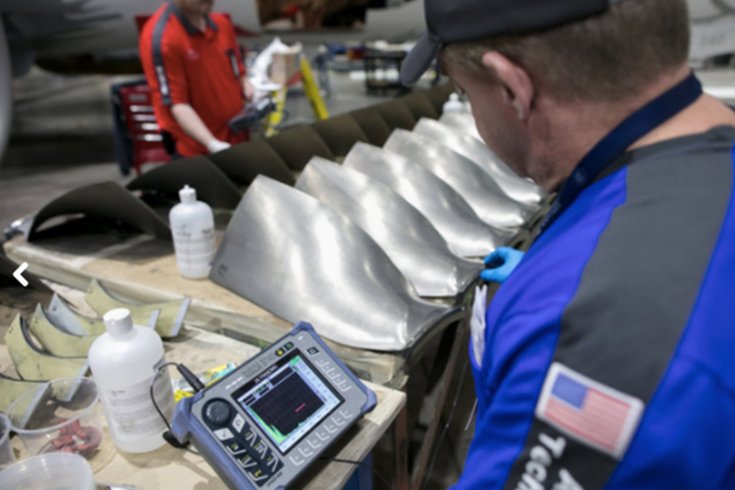 Southwest Airlines canceled 40 flights on Sunday to inspect fan blades on CFM56-7B engines like the one that blew on a flight last week, killing a passenger and forcing an emergency landing in Philadelphia.

According to the Dallas-based airline, the cancellations represent about 1 percent of its nearly 4,000 scheduled flights. Southwest had anticipated some impact on its schedule when it announced accelerated, enhanced ultrasonic inspections of engine fan blades in the hours after the Flight 1380 mid-air accident last Tuesday morning.

"The accelerated inspections are being performed out of an abundance of caution and are expected to be completed over the next 30 days," Southwest said in a statement last week.

The airline said it has minimized flight disruptions through proactive aircraft routings to cover open trips, overnight inspections, and the use of spare aircraft, when available.

An examination of the blown engine on the flight, which killed Jennifer Riordan, a New Mexico bank executive, showed preliminary evidence of metal fatigue on the fan blade, according to Robert Sumwalt, NTSB chairman. Specifically, one of the 24 fan blades on the engine – the No. 13 blade – was broken off at the hub and missing, he said.

"We are very concerned about it. There needs to be proper inspection mechanisms in place to check for this before there is a catastrophic event," Sumwalt said the day of the accident.

Southwest immediately told authorities that the airline would commence an inspection of its entire fleet.

Flight 1380 was diverted to Philadelphia International Airport shortly after its 10:30 a.m. takeoff from LaGuardia Airport in New York City. It was en route to Love Field in Dallas.

Riordan died of blunt force trauma injuries sustained when a piece of the engine struck the aircraft, breaking a window, and she was nearly sucked out of the aircraft. She had been in the window seat.

The full investigation of the accident would take 12-15 months, Sumwalt has said.

Customers can check southwest.com for the status of their flight.