Write-in candidate appears to win special election in 197th District — but which one?

Winner will be revealed Friday

Republican Lucinda Little officially ran uncontested to fill the seat in the 197th Legislative District. But according to unofficial results, she only received 198 of the 2,681 votes cast.

The remaining 2,483 votes presumably were split between at least two candidates — Democrat Emilio Vazquez and Green Party candidate Cheri Honkala — who each organized write-in campaigns for the seat.

The winner will not be determined until Friday, when the write-in ballots are counted, according to NBC10.

The seat became vacant when former Democratic state Rep. Leslie Acosta resigned on Jan. 3 after pleading guilty to an embezzlement charge stemming from a prior job.

The Democrats did not intend to be forced to launch a write-in campaign in a district that leans heavily democratic.

They initially put forth Frederick Ramirez as a candidate, but he was booted from the ballot late last month when a judge determined he did not live within the district. It was too late for Democrats to place Vazquez on the ballot.

That forced Vazquez to join Honkala in running a write-in campaign. But those campaigns caused some consternation as voting got underway Tuesday. 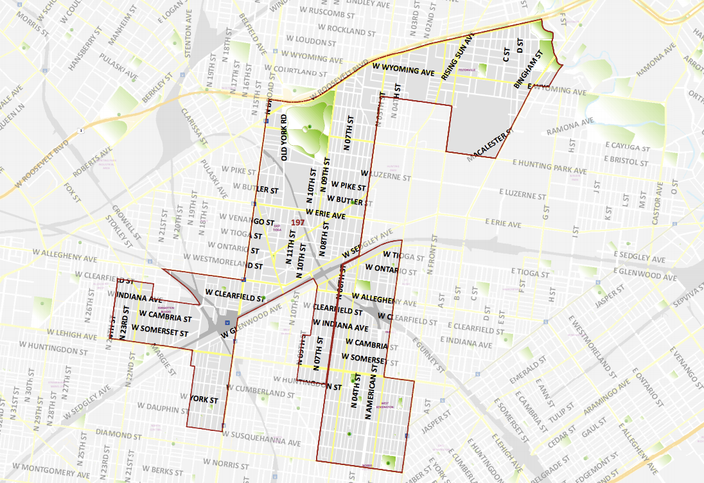 This map shows the boundaries of the 197th District of the Pennsylvania House.

The order, signed by Judge Sheila Woods-Skipper, prohibited "Judges of Elections and other Election Board personnel from possessing or distributing any stamps to facilitate write-in votes." It also ordered them to ensure voters remove any stamps from the polling place.

Campaign volunteers were permitted to distribute the stamps outside of polling places, said Cameron Kline, a spokesman for the District Attorney's Office. But voters cannot leave them in the polling place.

"That's one thing that we've seen – people don't know what to do with them when they're done," Kline said. "They can't leave them at the desk."

There also were several reports of official voting sheets being marked with written instructions about how to cast a write-in vote.

The D.A.'s office had officials — both English and Spanish speaking — out in the 197th District to assist with any problems, Kline said. Anyone who witnesses potential voter fraud is asked to contact the Election Fraud Task Force at (215) 988-2399.

Little had said she ran for office because she is tired of the district's one-party rule and the corruption it has entertained. Prior to Acosta resigning, the district was represented by J.P. Miranda, who pleaded guilty to operating a ghost employee scam two years ago.

Little supported organized labor and pledged to oppose any efforts to end Philly's status as a sanctuary city.

Vazquez works for the Philadelphia Parking Authority and is the Democratic leader of the 43rd Ward.

Honkala, the co-founder of the Kensington Welfare Rights Union, has advocated on behalf of people facing homelessness and extreme poverty for decades . She has pledged to make these issues her central focus as a legislator.