A special "repatriation ceremony" was held on Friday 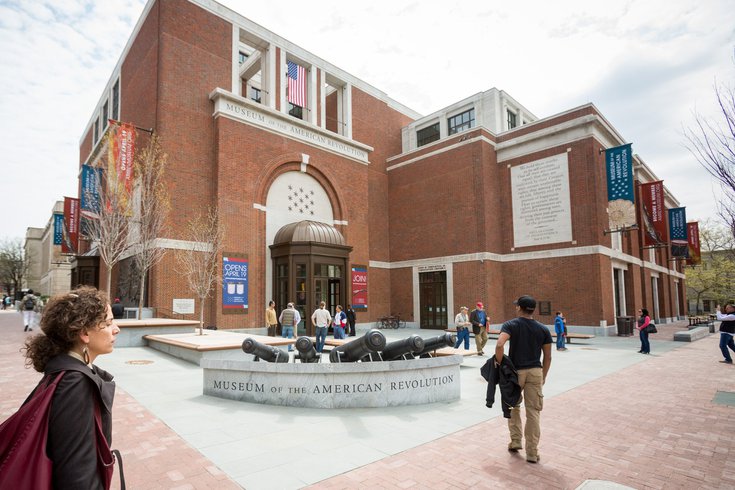 Fifteen artifacts stolen from local museums five decades ago were returned to their rightful owners at a repatriation ceremony at the Museum of the American Revolution on Friday thanks to the work of the FBI Art Crimes Team and two detectives in the Upper Merion Township Police Department.

Several antique firearms stolen from local museums roughly five decades ago have been returned to their rightful owners thanks to the work of the FBI's Art Crimes Team and two detectives in the Upper Merion Township Police Department.

Law enforcement officials and historians celebrated with a "repatriation ceremony" on Friday at at the Museum of the American Revolution.

The 15 items returned Friday are mostly guns built in the 18th and 19th centuries, but a unique Native American concho belt studded with silver buttons was recovered as well, according to a press release from the FBI.

The items were stolen in the 1960s and 1970s from institutions including the American Swedish Historical Museum, the Hershey Story Museum, the Landis Valley Museum, the Mercer Museum and what's now known as the York County History Center.

Investigators finally cracked the cold case in 2019, a year after after the sale of one of the artifacts, a rifle made in 1775 by master Revolutionary War-era gunsmith Christian Oerter.

In July 2021, Pottstown's Thomas Gavin, 78, admitted to both selling the stolen Oerter gun and stealing dozens of artifacts from museums up and down the East Coast decades ago.

The Oerter gun Gavin nabbed from the Valley Forge State Park Museum is one of just two still in existence. The other is in the Royal Collection at Windsor Castle in England.

The robber was sentenced to one day in jail and three years of supervised release, the first year of which is to be served via house arrest. He was also ordered to pay a $25,000 fine and over $23,000 in restitution.

"The absence of the items from these museums represented not just a physical or financial loss, but a loss to every visitor, every student, and every researcher who didn’t get to see the items over the years and missed out on important pieces of our nation’s heritage," said Jacqueline Maguire, the FBI's special agent in charge of the Philadelphia Division.

Law enforcement aren't the only people to thank for the recovery, said Jennifer Williams, the U.S. attorney for the Eastern District of Pennsylvania.

"I want to acknowledge and thank the purchasers of these items who waived ownership so that they could be returned," she said. "You are true patriots.”

Museum security has evolved greatly since these thefts took place Scott Stephenson, the CEO of Museum of the American Revolution, told the Inquirer.

Back in the day, many of the institutions Gavin robbed were run solely by volunteers and lacked the alarms, camera systems and other security measures that would have kept these antiques safe, Stephenson said.