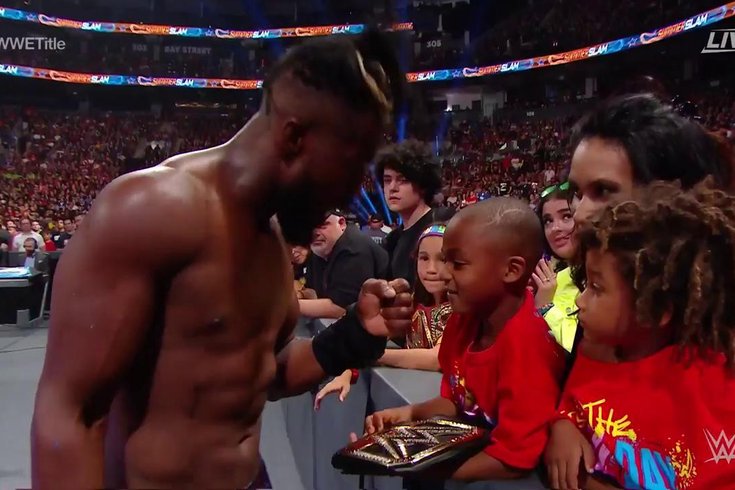 WWE Champion Kofi Kingston hangs out with his family at ringside after his match with Randy Orton at SummerSlam.

During a raucous weekend in Toronto, the WWE Champion got quite an interesting reaction by the Canadian faithful at SummerSlam in his match against Randy Orton. "Kofi's stupid!" chants rang out and then we saw reaction on social media that some thought Kingston was boring and his title reign was getting stale. All this out of nowhere... not unlike an RKO.

So Nick Piccone (@nickpiccone) and Vaughn Johnson (@VaughnMJohnson) discussed his title reign as a whole, why it's not boring, and also why it's one of the best title reigns in recent WWE history. Also, when is it time to decide a new champion is needed?

And King of the Ring is back! The tournament will take place over the next few weeks on RAW and SmackDown Live, with the Finals at WWE's Clash of Champions pay-per-view in September. What are some names you think will be in the tournament and have a good chance to win? And will it mean anything?

But before that, we begin this week's episode of The Straight Shooters by sending our thought to the Philadelphia Police.