Straight Shooters: NXT vs. AEW is the wrestling war we've been waiting for 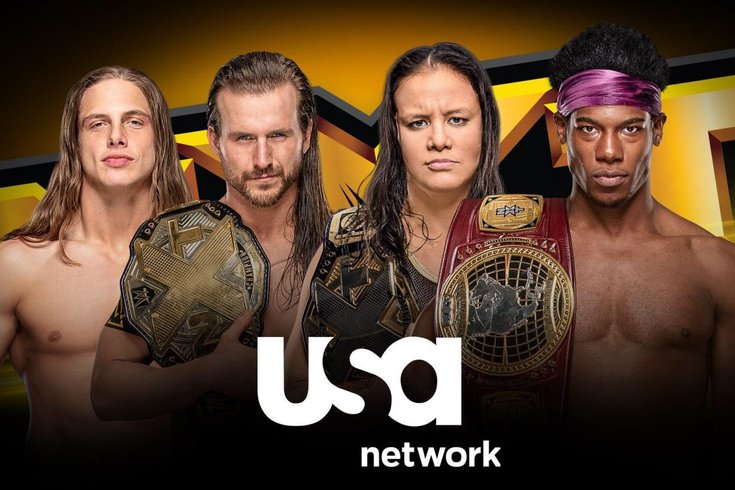 WWE’s NXT, a staple of the WWE Network, will move to USA Network beginning September 18.

The wrestling war is back.

Earlier this week, WWE announced they would be moving NXT to the USA Network and have the show go live every week on Wednesday nights from 8 p.m. to 10 p.m. ET starting September 18.

Can’t describe this announcement in any other word than PROUD.
Proud of everyone involved from day one.
Proud you’ve let your voice be heard and carried the banner of this brand.
Proud you’ve loudly & clearly said #WeAreNXT.

And I’m proud to say, we’re just getting started. https://t.co/GAF34LZGeT

Of course, that gained the ire of many pro wrestling fans since AEW will be running their weekly show on TNT on Wednesday nights beginning October 2.

So Nick Piccone (@nickpiccone) and Vaughn Johnson (@VaughnMJohnson) discussed all of this on Episode 209 of The Straight Shooters. Why is head-to-head wrestling competition in the United States bad all of a sudden after almost two decades of clamoring for it? Why is it okay to be hypocritical in the Wrestling Bubble?

And, let's face it, this seems to be only good for professional wrestling as a whole, so why all the negativity? WWE also announced the current week's NXT program will be available on the WWE Network that Thursday night beginning at 8 p.m. ET, so it's not like people even have to overuse their DVR... especially when you're already recording The Goldbergs. Man, I'll miss watching that show live.

Of course, there are many that think because NXT will now be on cable television that Vince McMahon will put his fingerprints all over it and ruin what has made it great. But Ryan Satin of Pro Wrestling Sheet reports that what made NXT great will not change at all.

However, if Vince McMahon starts making NXT decisions, we might have to re-visit this discussion.