Straight Shooters: Who would you take in a legit fight? And a big wrestling weekend ahead 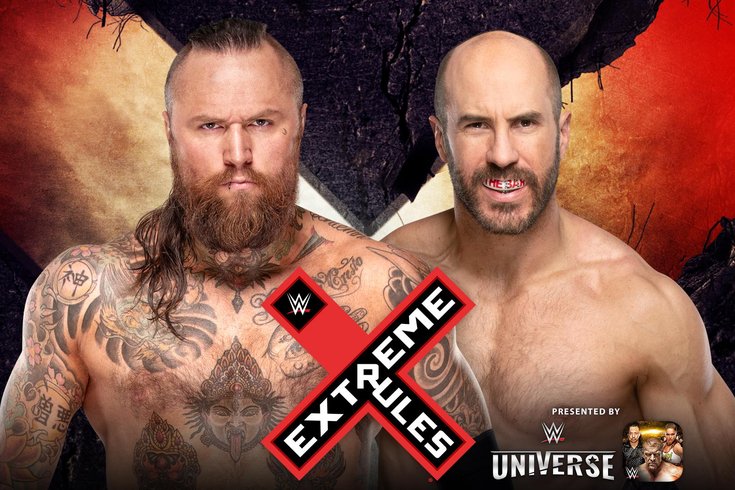 Aleister Black and Cesaro will square off this Sunday at the Wells Fargo Center.

There was a bit of a confrontation this week at a Blink 182 concert between former WWE-er Enzo Amore and current AEW-er Joey Janela.

Not a safe environment for a fight, needless to say, I didn’t start the fight & I was smart enough not to have one with a drunk’n fool/vagina (s/o Angela my homegirl, screaming like a voice of reason to a very reasonable man.) @JANELABABY dick riding aint a form of transportation pic.twitter.com/l3jyJVVm3S

While it didn't seem to escalate into a full brawl, it got us thinking about which pro wrestlers would actually hold their own against anybody in a legitimate street fight. So, this week, Nick Piccone (@nickpiccone) and Vaughn Johnson (@VaughnMJohnson) listed pro wrestlers who they'd take in a fight against anyone.

There's a big weekend of wrestling coming with AEW's Fight For The Fallen Saturday night in Jacksonville, EVOLVE 131's 10th anniversary show at the 2300 Arena, which is also Saturday night, and WWE's Extreme Rules at the Wells Fargo Center Sunday night. Nick and Vaughn talked about some matches on each of their cards they're looking forward to the most.

Having trouble listening? Click here to open the podcast in a new window.