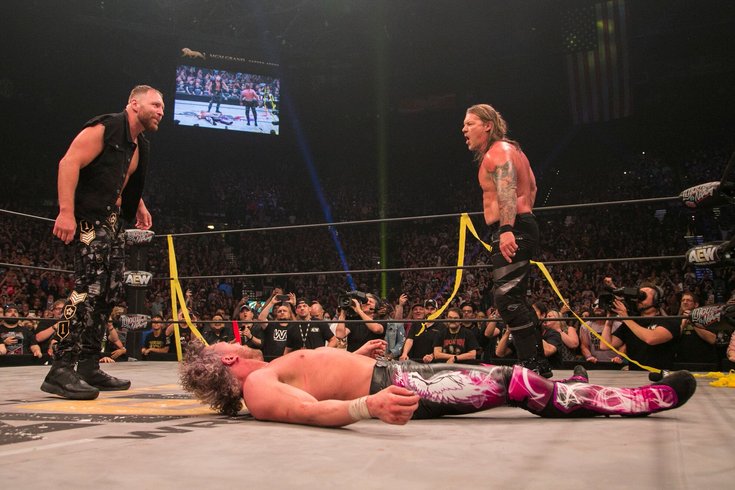 Jon Moxley's interview with Chris Jericho was so good, we can't stop talking about it.

After a pretty much flawless debut show for All Elite Wrestling, the wrestling world is buzzing in anticipation for a possible new turf war in the industry. While some are maybe forcing that a bit too much onto the masses — as I wrote here — I am absolutely excited for AEW to debut on TNT in the fall.

But first, we've got to react to one of the better wrestling pay-per-views of the last few years! Maybe even one of the best?

This week,  Nick Piccone (@nickpiccone) and Vaughn Johnson (@VaughnMJohnson) react to AEW's DOUBLE OR NOTHING pay-per-view, the great interview by Jon Moxley on Talk Is Jericho [listen to that entire interview here], and have a quick preview of NXT TakeOver: XXV.

You can also check out my column on Medium, discussing the "creatively bankrupt" WWE and why it seems impossible they'll fix it any time soon.