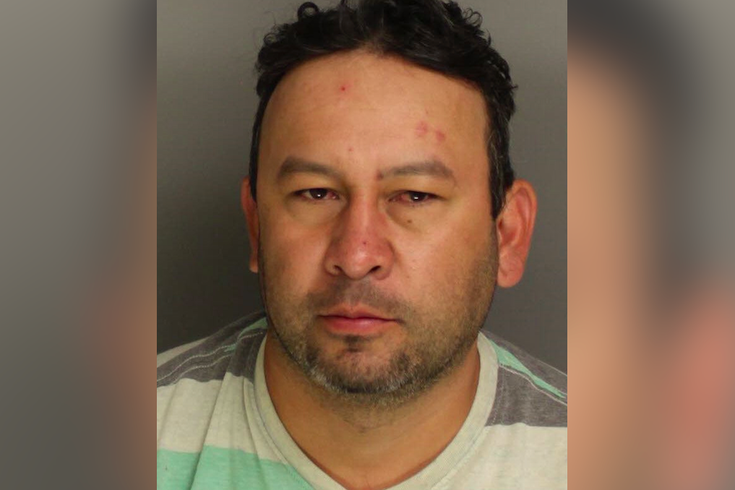 Authorities in Chester County announced charges Thursday against a man who allegedly broke into a family residence, abducted a 4-year-old girl and sexually assaulted her while her parents frantically searched for her in their home.

Investigators said the harrowing incident occurred in Avondale on June 10.

At around 3:35 that morning, Humberto Guzman-Garcia, 35, allegedly sneaked into the residence and knocked on the girl's bedroom door, the child later told her father.

When both of the girl's parents realized their daughter was missing, they began to search the home and property.

Outside, the girl's father allegedly spotted the defendant about 50 yards away behind a shed. He allegedly was holding the victim down and his pants were unbuckled. Guzman-Garcia fled the scene, police said. The father retrieved his daughter and noted that her underwear had been removed and left on the ground.

Police were called to the scene and allegedly discovered Guzman-Garcia hiding in a broken-down car nearby, prosecutors said. The girl's father identified the man.

"This crime is every parent's nightmare," Chester County District Attorney Tom Hogan said. "A monster comes out of the night, abducts your child and sexually assaults her. This is proof that evil exists in this world."

Guzman-Garcia is charged with kidnapping, aggravated indecent assault, attempted rape and related charges. He was arrested and held at Chester County Prison.

"This was a bold and brazen attack," Hogan added. "Given the nature of the attack, we are concerned that there could have been prior victims."

Anyone with information about Humberto Guzman-Garcia is asked to call Chester County Detectives at (610)-344-6866.