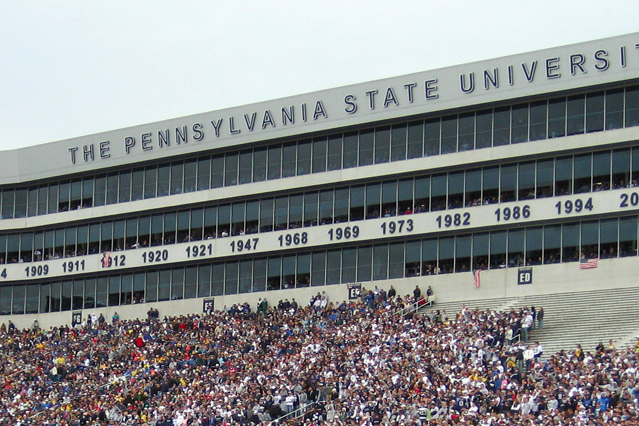 The governor participated in a Twitter Q&A session earlier this week, generating a major headline about his openness to legalizing recreational marijuana in Pennsylvania.

His response to a question about whether he prefers the Steelers or Eagles also raised some eyebrows.

I’m angling for an all Pennsylvania Super Bowl. Maybe the @NFL would let them play at Penn State’s Beaver Stadium. If not, I root for the Steagles. https://t.co/9oaZ3buwyc

Beaver Stadium has a capacity of 106,572, well above most NFL venues. State College is also accustomed to the pandemonium that follows Big 10 showdowns, particularly against Ohio State.

But Wolf must be smoking something himself if he thinks the NFL would ever consider a Beaver Stadium Super Bowl.

True, the league ventured up to North Jersey for Super Bowl XLVIII at MetLife Stadium, but that's the only time in the modern era the big game has been played at a cold weather venue. The Seahawks destroyed the Broncos 43-8 — not that the temperature caused the game's opening safety — and the NFL walked back future efforts to find outdoor cold-weather hosts.

Wolf's comment was just a diplomatic way to avoid choosing favorites between the Eagles and the Steelers. Both teams have come incredibly close to meeting in the Super Bowl several times, but it's never worked out.

If the stars ever aligned and there was an Eagles-Steelers Super Bowl at Beaver Stadium, the convergence between the state's eastern and western halves would be of biblical proportions.