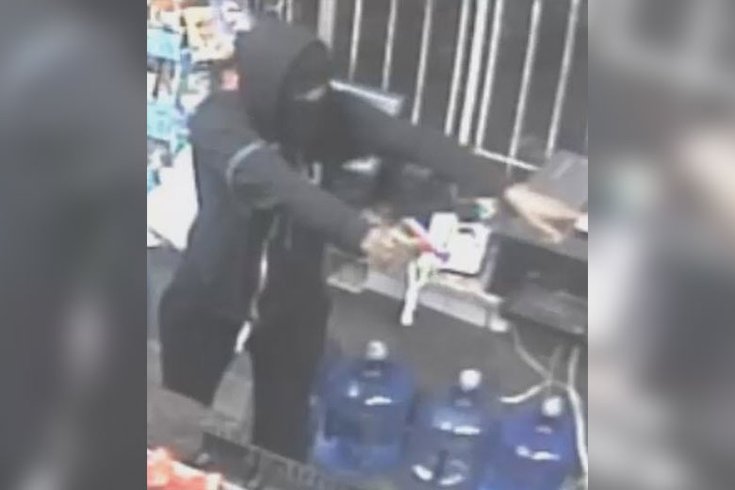 Philadelphia police are looking to identify and locate the suspect they say robbed a pizza shop in Southwest Philadelphia.

Police are seeking the public's help in finding a suspect wanted in the robbery of a pizza shop in Southwest Philadelphia.

In surveillance video released by police Wednesday, an unknown male suspect can be seen entering Pete’s Pizza at 7229 Passyunk Ave. on Sunday at 1:05 a.m.

According to authorities, the suspect pointed a handgun at employees while demanding money. Police say he then grabbed a 35-year-old female employee by the hair and pointed the handgun at her head.

The man was given an undetermined amount of money before fleeing the scene, police say. He was last seen heading north on Lloyd Street.

No injuries were reported during the incident.

Police describe the suspect as a black male, around 5 feet 7 inches tall with a thin build, wearing a dark zip-up hooded sweatshirt with the words “True Religion” across the upper back and a white logo on the front left chest, black pants, gray sneakers and a mask on the bottom half of his face.