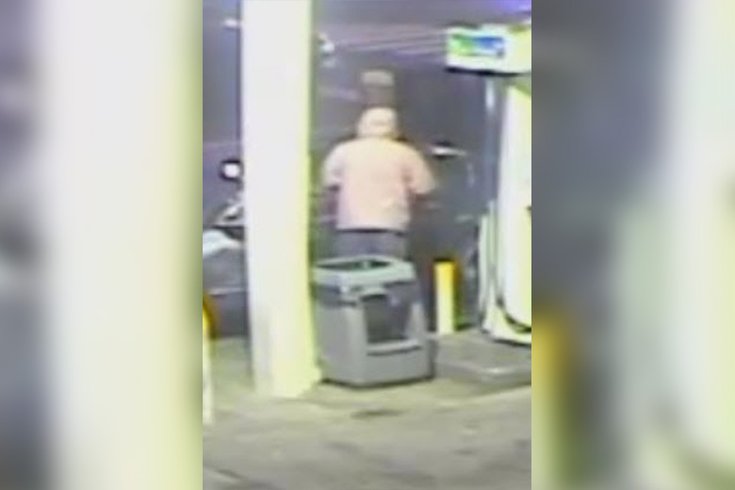 Police are looking to identify and locate the suspects wanted in connection with a robbery and carjacking in Fairhill.

Police are seeking the public's help in finding the suspects who allegedly robbed a gas station customer in Fairhill.

In surveillance video released by police Tuesday, a 42-year-old man can be seen pumping gas at a BP Gas Station at 433 W. Lehigh Ave. on Saturday.

He is approached by several unknown males. According to police, one suspect, who they say was armed with a handgun, stands in front of him demanding his money while telling the other suspects to go through his pockets.

When the victim attempts to flee, the main suspect drags him to the front of the car and holds him against it. He then enters the vehicle and drives off, later abandoning the car on the 2700 block of N. Sixth St., according to police.

The remaining suspects fled on foot in an unknown direction. According to police, the suspects took $200 from the man's pockets and approximately $300 from inside the vehicle, along with his wallet, which contained various identification and credit cards.

Police describe one suspect as a 30-year-old black male, 5 feet 9 inches tall, with a medium complexion and muscular build. According to police, he was last seen wearing a green hooded sweatshirt and was armed with a handgun. Approximately five other unknown black males and one unknown Hispanic male were seen wearing hooded sweatshirts.