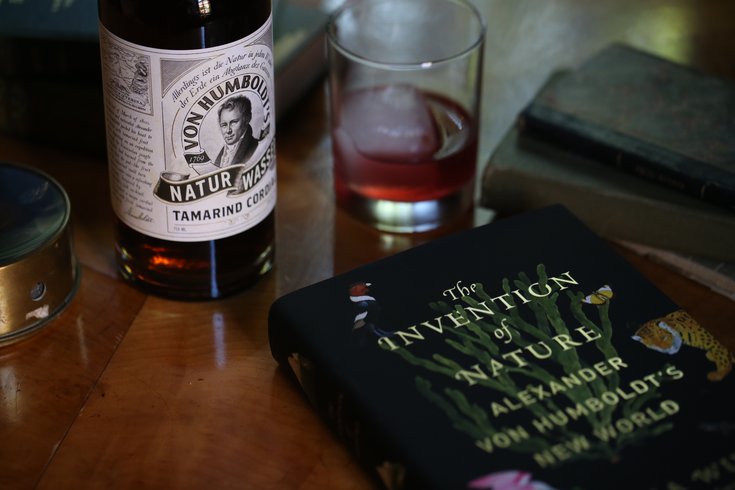 If you're a fan of 19th-century adventurer and naturalist Alexander von Humboldt you're going to want a seat at the table for Talula's Daily next event. On Friday, September 18, they'll be teaming up with Tamworth Distilling and Art in the Age for a celebratory dinner marking the release of a von Humboldt-themed spirit and book.

Both Andrea Wulf's book "The Invention of Nature: Alexander Von Humboldt’s New World" and Tamworth Distilling's Von Humboldt's Natur Wasser Tamarind Cordial are being released this month. Thus, the dinner will include the author herself and a first tasting of the new cordial. Talula’s Special Supper Club menu and an accompanying Art in the Age cocktail flight will be served alongside a signed copy of "The Invention of Nature."

The menu will include Talula's Daily's September menu plus a special course of sweet and sour tamarind and foie gras 'parfait' with cardamon granola crunch. The cocktail pairings will include Art in the Age Rhubarb Champagne Cocktail, a Tamarind Old-Fashioned and a Sage Vesper. To reserve a seat at the event call Talula's Daily at (215) 592-6555.