Taylor Swift named one of TIME's '100 Most Influential People'

Shawn Mendes pens heartfelt essay in honor of the singer 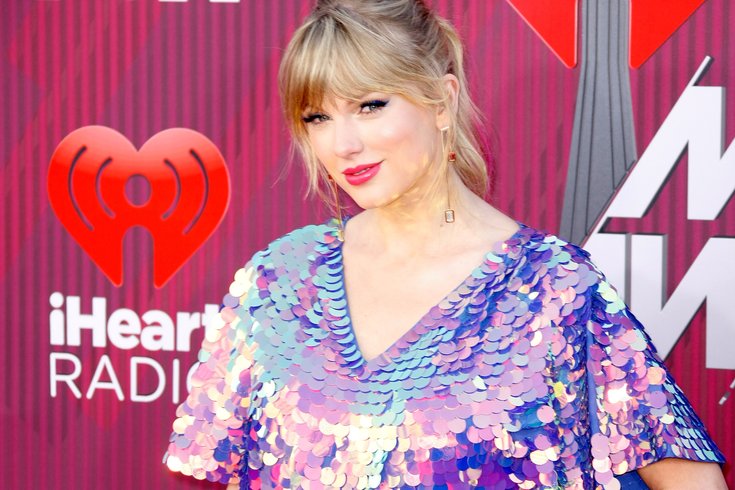 Taylor Swift was named an “Icon” for TIME's “100 Most Influential People” 2019 list with the likes of Lady Gaga, Emilie Clarke, and Michelle Obama.

The Reading, Pa. native also received one of the six covers for this year’s issue, along with Dwayne Johnson, Sandra Oh, Gayle King, Mohamed Sarah, and Nancy Pelosi. The 10-time grammy winner has appeared on the cover three times before. She was also named one of TIME's 'People of the Year' in 2017.

Pop singer Shawn Mendes wrote a heartfelt tribute to the singer for her place on the list. He writes, “I’ve been a Taylor Swift fan for as long as I can remember. But it wasn’t until I met and got to know her that I understood how wonderful a person she truly is.”

Mendes and Swift became friends after touring together for a few dates for the 1989 World Tour in 2015.

He notes of his time on tour with her, “I quickly learned that the magic of Taylor Swift doesn’t come from the lights, dancers or fireworks (although all of that is incredible) but from the electrifying connection that she has with the people who are there to see her. There’s an overwhelming feeling in the air.”

He ends the essay by saying, “Taylor makes anyone older feel young again and anyone young feel they can do anything. It’s so rare and so special. If there is one thing I want to achieve in my career and life, it’s that.”

She tweeted her thanks to Pari Dukovic, the photographer of the shoot, and Mendes for his "unbelievably kind words" Wednesday afternoon. She noted,  "I had no idea you were writing this and just found out when I saw this!!"

Well this is AWESOME. Thank you @TIME 💗 Thank you Pari Dukovic and thank you for your unbelievably kind words @ShawnMendes (I had no idea you were writing this and just found out when I saw this!!) pic.twitter.com/4MIBw20FxQ

But you might notice something a bit familiar about the cover's soft, pastel pink tone. Swift has been teasing a potential release date for new music on social media and her official website. She has posted frilly, pastel images with the caption of "4.26," and a clock on her website that counts down to the date.