This is the supplement Taylor Swift takes to manage her anxiety

The singer turns to L-theanine for stress relief 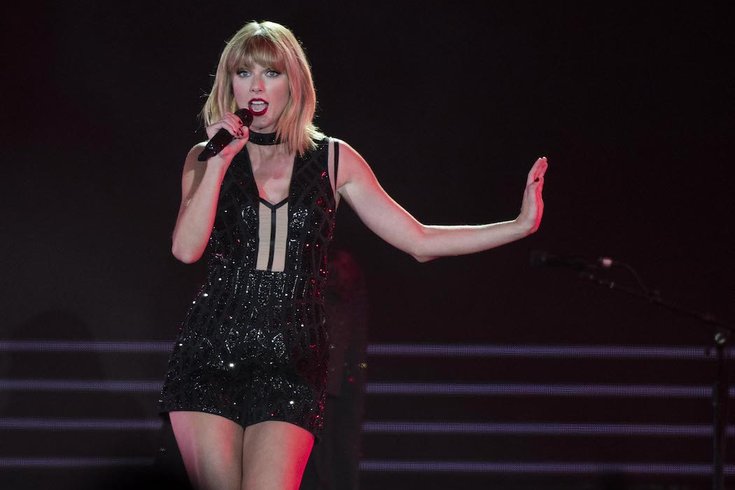 Oct 22, 2016; Austin, TX, USA; Musical artist Taylor Swift performs after the Formula One qualifying session for the United States Grand Prix at Circuit of the Americas.

As proof that time never stops, Taylor Swift opened up to Elle magazine about everything she's learned in the last 29 years, as she approaches her 30th birthday in December of this year. The feature was headlined “30 things I learned before turning 30.”

Topics discussed in the interview vary from the broad “Trying and failing and trying again and failing again is normal” to the narrow “Recently I discovered Command tape, and I definitely would have fewer holes in my walls if I’d hung things that way all along.”

The star also disclosed that she's somewhat of a vitamin aficionado: “Vitamins make me feel so much better! I take L-theanine, which is a natural supplement to help with stress and anxiety. I also take magnesium for muscle health and energy.”

While magnesium has a reputation for helping with both energy and sleep, L-theanine is a new kid on the block that even the most vitamin- and supplement-versed people might not know about, so here's the scoop.

It's an amino acid — an organic compound used to form protein, which then helps the body break down food, repair tissue, and do a whole host of other bodily functions, according to the U.S. National Library of Medicine.

It's been lauded for all sorts of health benefits, including helping people sleep better, lowering stress and anxiety, and making you more mentally sharp. According to a Healthline report:

A 2013 study found that moderate levels of L-theanine and caffeine (about 97 mg and 40 mg) helped a group of young adults to focus better during demanding tasks. The study’s participants also felt more alert and less tired in general. According to another study, these effects can be felt in as little as 30 minutes.

Other research suggests that L-theanine may improve the function of the body’s immune system, improve sinusitis, help regulate blood pressure and more.

As for T-Swift’s main use of the amino acid — anxiety relief — the research is a little complicated.

Two different studies — one from a 2011 issue of the Journal of Clinical Psychology and another from a 2018 issue from the journal Clinical Schizophrenia & Related Psychoses — have found that, in patients with schizophrenia, the supplement can help ease anxiety and improve sleep when it’s combined with antipsychotic treatment.

Another small study published in the journal Nutrients tested out L-theanine on healthy adults and found that people who were more prone to anxiety mellowed out a bit more after taking 200 milligrams of L-theanine than those who took a placebo.

L-theanine is available in green, black and white teas, with green tea containing the highest amount.

L-theanine is generally well-tolerated by healthy adults, for whom typical doses range between 100 and 400 milligrams for specific conditions.

When considering a supplement, try to find out as much as you can about regulation, quality, and sourcing as well as bioavailability.

The best part? According to Healthline, there are no confirmed or direct side effects of taking L-theanine.