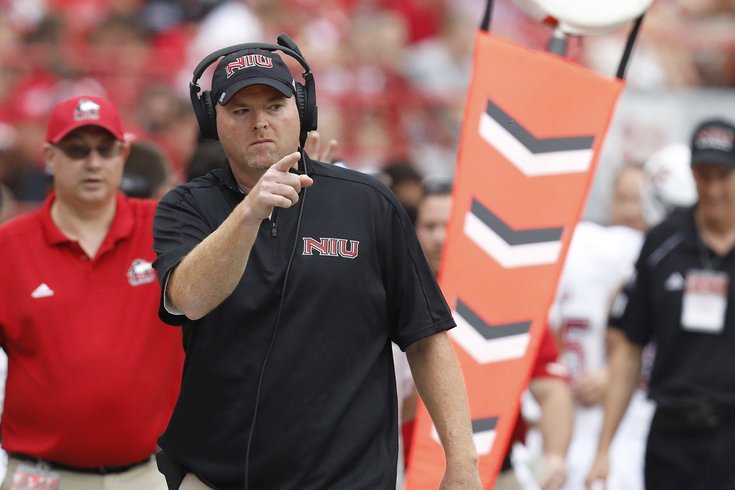 This is Rod Carey.

Temple will reportedly hire Northern Illinois head coach Rod Carey as its new football head coach, according to a report from the Inquirer’s Marc Narducci.

The Owls, you might remember, previously hired Miami defensive coordinator Manny Diaz to be their head coach in mid-December.

If we’re counting Diaz — and we absolutely are — Carey will become Temple’s sixth head football coach of the decade.

Carey, 47, is a Wisconsin native who began his coaching career as a grad assistant with Minnesota in 1998. He primarily coached offensive lines before taking over as the Northern Illinois head coach in 2012.

Under Carey, the Huskies racked up a 52-30 overall record, and a 38-10 conference record. His teams won two MAC titles, including one in 2018. Carey’s teams also reached six bowls in his seven seasons with Northern Illinois, failing to win a single bowl game.

Temple fans will likely hold their breath on Jan. 28, but for now the Owls have their (latest) guy.