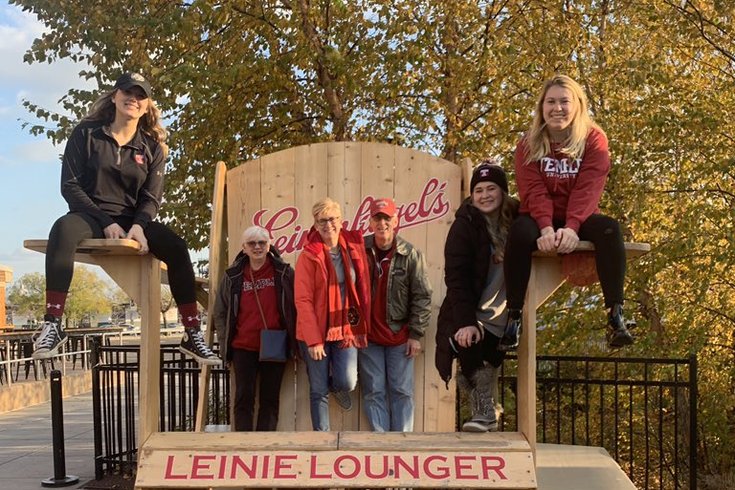 Nina Mann was working on New Year's Eve at City Tap in Logan Square when she got a text from her mom, urging her to check her email.

Waiting in her inbox under the subject "Current Football Situiatiomn" (you read that right) was an email from her dad, Ed Mann, to Dr. Richard Englert, Temple University President. Nina was CC'ed.

MORE CONTENT: Here are 4 movies shot in Philly coming to theaters in 2019

"Dear Dr., Englert," the email began. "My name is Edward A. Mann Jr, and I am the parent of two Temple students, Nina Mann and Bernardine Mann. I am writing about the current football head coaching iteration. What a sham."

It goes on: "What local Philly to represent your institution? My daughter Nina (2018) would be the PERFECT example of TEMPLE TOUGH!! Let her do her stamp upon the football team, and let it grow!"

Amen, Ed. We love your attention to detail with including Nina's graduation date, the caps lock, the passionate punctuation.

Happy 2019. My dad got drunk and emailed Temple’s president saying I should be Temple’s next head coach. pic.twitter.com/fUB2pC52Rg

The inspiration behind the email? Maybe a little vodka, Nina told PhillyVoice on Wednesday. Oh, and maybe because the Mann family are pretty diehard Temple football fans. Nina Mann graduated last May from the environmental studies program and her sister Bernardine will graduate in the spring with a degree in criminal justice.

For those that don't know, Ed Mann's reference to the "sham" that is Temple's football is that just days — that's 18 days — after Manny Diaz was named head coach of Temple's program, he shockingly resigned to coach in his native Miami.

As far as what she would bring to the head coaching gig, that would mostly be spirit, she said.

"He loves the team almost as much as I do," she said.

"Thank you for taking the time out to help us with our 'situatiomn,'" the Owls tweeted. "While it is rare we accept letters of recommendations from dads — we appreciate your enthusiasm and dedication."

Thank you for taking the time out to help us with our 'situiatiomn'.

While it is rare we accept letters of recommendations from dads - we appreciate your enthusiasm and dedication.

And instead of an interview, the Owls offered her and her dad a couple of tickets to a Temple Men's Basketball game.