Charged with helping China get technology 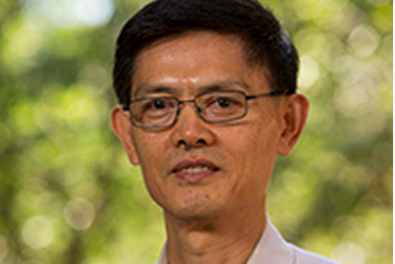 According to Hillel J. Hoffmann, director of national communications for Temple, "Dr. Xi's status as a faculty member is unchanged. The only other thing we can add at this time is that Temple is aware of the charges and is looking forward to talking with Dr. Xi about the matter."

A spokesman for the school later said, "In light of Dr. Xi's needs to focus on the matter at hand, an acting chair has been appointed to the Physics Department." Earlier, observers noticed that Xi's picture and profile had been removed from the Temple's website, but it has since been restored.

Prosecutors say Xi, of Penn Valley, is a naturalized U.S. citizen, a native of the People’s Republic of China and an expert in the field of magnesium diboride thin film superconducting technology.

The indictment alleges that Xi, during a sabbatical from Temple, worked for an unnamed U.S. company where researchers had developed revolutionary superconducting technology.

According to government officials, Xi, starting in January 2004, attempted several times to get the technology, including winning a U.S. Defense Department grant to buy the device the U.S. company produced.

"In January 2006, Xi obtained the device for 12 months subject to an agreement that he not reproduce, sell, transfer or otherwise distribute the device or any copies of the device to any third party," said Patricia Hartman, spokeswoman for the U.S. Attorney's Office.

"The indictment alleges that Xi signed this agreement as part of a scheme to defraud the company into providing him the technology, so that he could provide it to entities in China and assist those entities in further exploitation and use of the technology," she said. "The indictment further alleges that Xi repeatedly reproduced, sold, transferred, distributed, and otherwise shared the device with, and exploited it for the benefit of, government entities and other third parties in China. It is further alleged that, in exchange for his efforts, Xi repeatedly sought lucrative and prestigious appointments in China."

If convicted, Xi faces a maximum possible sentence of 80 years in prison and a fine of up to $1 million.

No defense attorney has been named in the case, officials said. Attempts to reach Xi were unsuccessful Friday.