Mayes and Eytan team up with Barrett Brooks for new mid-day show, ‘The Middle,’ streaming live on PhillyVoice 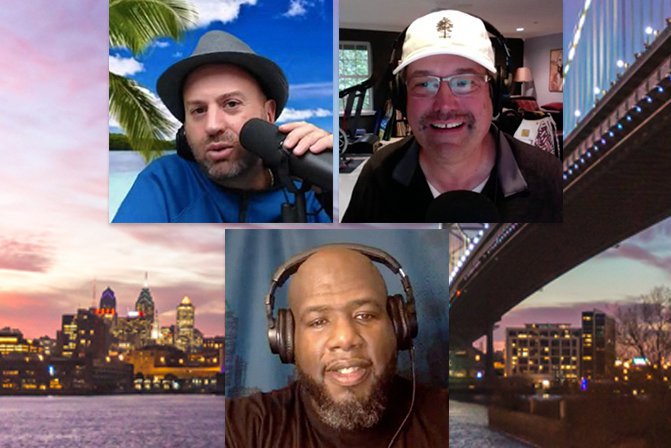 Eytan Shander, Harry Mayes and Barrett Brooks bring you the latest sports talk every day on "The Middle."

PhillyVoice.com and JAKIB Media Partners announced today that, The Middle w/ Brooks, Mayes, and Eytan will be carried live in Philadelphia on PhillyVoice.com starting Monday, October 19, 2020. The two media companies have entered a partnership that will drop the radio show right into the Philadelphia Market, Monday thru Friday, Live 11 a.m. - 1 p.m. at PhillyVoice.com/TheMiddle.

In addition, JAKIB Media has signed a contract with former NFL offensive lineman Barrett Brooks to be the co-host of the daily radio show while also extending the contract of Harry Mayes, who represents a tremendous amount of radio history in the Delaware Valley market.

The Middle w/ Brooks, Mayes & Eytan will also air live on AM1490 Sports Betting Radio in South Jersey and across the Sports Map Radio Network. Sports Map Radio is available to listeners nationwide reaching 125-plus Affiliates.

“This is right where I want to be,” said Eytan Shander.  “Daily, we will bring you sports talk & entertainment.”

“Mid-days in Philadelphia will be interesting,” said Brooks “Listening on PhillyVoice.com everyday will become must-watch radio.”

“I remain connected with a great fan base” said Harry Mayes “this will be the original Mayes & Eytan Show, supersized by Barrett.”

“Perfect together,” said Joe Krause, Managing Partner/JAKIB Media. “JAKIB Media & PhillyVoice will unleash an audience that will redefine how content is consumed.”

“This exciting partnership brings together two of the city’s top sources for Philly sports news, making it easier than ever for fans to consume the content they crave on the platform of their choice,” said Hal Donnelly, CEO of PhillyVoice.com. “We look forward to welcoming JAKIB Media’s audience toPhillyVoice.com.”

In addition to the weekly content being provided thru this partnership, JAKIB Media also confirmed additional programming.  Extending the Play with John McMullen, The Fix with Ryan Rothstein, Golf Nut Nation w/ Tour Junkies, Branded Sports Radio and the return of The Countdown “2” Kickoff Show, now in its 14th Season.