The science of ... fatherhood

The bond between a mother and her child has been described as nurturing, fiercely protective, and utterly unbreakable. This so-called maternal attachment typically starts during pregnancy and continues to strengthen throughout birth, caregiving and breastfeeding. Scientifically, it involves a complex interplay of hormones, brain and body.

A great deal of research, attention and popular parenting advice has focused on the maternal bond — but what about dad? Of course, men aren't physically connected to the baby for the long nine months of pregnancy and lack the tools to breastfeed after birth. Nevertheless, a surprising number of changes occur in the minds and bodies of men that help feed into father-child attachment, even before the baby is born. 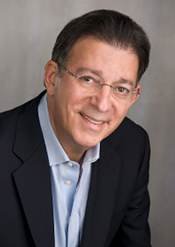 “The paternal bond can start a lot earlier than most men realize,” said Robert Garfield, left, a Bala Cynwyd psychiatrist who also teaches at the University of Pennsylvania. “The bonding itself for women is a physiological bonding as well as a psychological and emotional bonding. That [attachment] can start with men, even though men aren't expressing it physiologically the same way.”

With many countries of the world preparing to celebrate Father's Day on Sunday, it's interesting to note that there's often a shift in cognitive focus for men in the early stages of a partner's pregnancy. He thinks about what the baby will look like, who the baby will take after, and how he will provide for the baby. He begins to see himself as a father and may become more future-oriented or responsible.

For instance, a 19-year-long study of young men published in the Journal of Marriage and Family in 2011 found that fatherhood helped turn around bad habits for many. After the birth of their first child, subjects were less likely to commit crimes, drink alcohol and smoke tobacco then before they became dads.

While expectant mothers are known to experience a whole host of hormonal changes throughout pregnancy, new research is showing that hormone levels can shift for dads-to-be as well. In a 2014 study published in the American Journal of Human Biology, men about to be first-time parents had their salivary hormone levels measured at eight-week intervals beginning when their partners were at 12 weeks gestation. Throughout this prenatal period, the expectant fathers showed a significant decrease in testosterone. 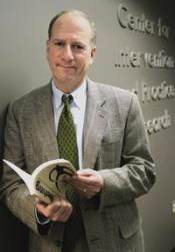 “More and more fathers in Westernized, industrial societies are assuming a nurturing role toward their children, rather than just acting like playmates or providing guidance,” said Jay Fagan, left, professor of social work at Temple University and co-director of the Fatherhood Research and Practice Network. “They see themselves as sharing in the nurturing and caregiving roles of parenting.”

For fathers-to-be, the decline in testosterone is likely part of a transition toward a less aggressive, more loving mindset. As seen in other species, males benefit from a testosterone boost when they are competing for females or engaging in aggressive behavior. But as a new father, those same behaviors would conflict with the responsibilities and nurturing aspects of childcare.

A large 2011 experiment that followed 624 young men found that those who had higher baseline testosterone were more likely to become fathers within the five-year study period. But once the babies were born, their overall testosterone levels lowered, especially for those who were very involved in childcare. Even dads who sleep closer to their newborn — say, in the same room as opposed to separate rooms — experience greater drops in testosterone during the transition into fatherhood.

“We know that there are hormonal changes having to do with attachment, primarily oxytocin, in men. You see this with women, but the science of this with men is really just beginning.” – Dr. Robert Garfield, Bala Cynwyd psychotherapist

“We know very clearly that fathers do develop strong attachment bonds to the child, and those bonds have a positive impact on children particularly if the father is responsive and sensitive to the young child,” Fagan said. “The paternal bond is really not terribly different than the mother-child bond — it just may evolve more slowly.”

Fagan's research focuses on low-income, unmarried fathers, and he emphasizes the importance of initiating that father-child attachment even before birth. Participating in activities like doctor's visits, listening to the baby's heartbeat, talking to the baby in the womb — such actions are strong indications that a dad that will stick around as the child grows up, most likely due to the paternal bond that has already developed by that point.

Another hormone found to be associated with fatherhood is the “love” or “bonding” hormone, oxytocin. Oxytocin is linked to our body's relaxation mechanisms and released within our brains during sex, massage, hugs, and interactions with animals. Women experience an oxytocin spike during birth and breastfeeding, thought to further strengthen the maternal bond.

But that doesn't mean dad gets left out: In 2010, a study published in Biological Psychiatry showed that men's oxytocin levels are just as high as their partners' in the weeks following childbirth, and the overall amount is related to the time spent actively playing with and touching their newborn.

“We know that there are hormonal changes having to do with attachment, primarily oxytocin, in men,” said Garfield, who recently wrote the book Breaking the Male Code: Unlocking the Power of Friendship. “You see this with women, but the science of this with men is really just beginning.”

“Parenting is one of the most powerful therapy experiences for people,” Garfield said. “It teaches them about stillness, and many men learn emotional skills that help them and their health when they're intimately involved in parenting experiences.”